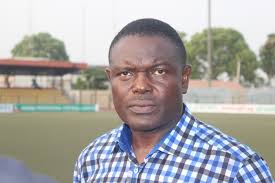 Rivers United Manager, Stanley Eguma has stated that his team is now in contention for the league title after they defeated visiting MFM 2-0 in a Week Twelve encounter in Port Harcourt on Sunday.

The victory against MFM moved Rivers United to the third position on the log with 21 points from 12 games barely a week after the Pride of Rivers got an away victory against Adamawa United in Gombe’s Pantami Stadium.

“The win is bringing back a lot of confidence to the team and we can now contest for the title,” said Eguma who sounded hopeful after the game.

The gaffer also commended his players stressing that the club actually got they result worked for.

“It was a good game because my players did well. We missed some scoring chances, but scoring two is not a bad game. We gave our best and we got the result.”

Rivers United are third behind table-toppers Plateau United and second-placed Lobi Stars whom they are levelled on point with at 21 even though they have played a game more than their bitter rivals.

Meanwhile, Eniyimba FC suffered a 4-0 defeat in Jos in the hands of Plateau United, while newcomers Dakkada FC thrashed Adamawa United 4-1 in Uyo.

In Okigwe, Heartland were superior in the Oriental Derby with a slim 2-1 win over Rangers. 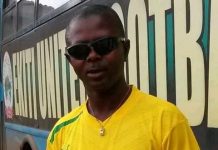