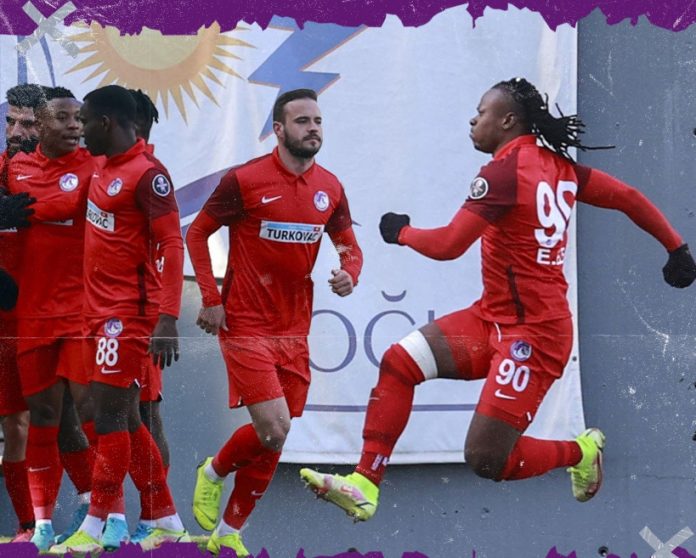 .The Nigerian hits 13th goal of the season

Turkish 1st Lig side, Ankara Keciorengucu made it back to back win for the first time this season after Emeka Eze’s brace ground out a 2-0 away win at Bandirmaspor yesterday.

Keciorengucu had beaten Menemenspor 1-0 in their penultimate game through the strike of Eze and his two goals that sank Bandirmaspor have now taken his league goals tally for the season to 13 from 27 games.

It is Eze’s most prolific season in Europe as he scored six goals from 15 games for the same team last season.

Other Nigerians at the club had a decent game with the Turkish 1st Lig Player of the Week for Matchday 32, Ibrahim Olawoyin playing the entire 90 minutes for his 30th game of the season. He has seven goals and seven assists from the played games.

The duo of Anthony Uzodimma and Ibrahim Alhassan were substituted in the 78th minute for their 14th and 12th games of the season. They have both scored three and one goals respectively.

The latest win has lifted Keciorengucu to the 11th spot with 44 points from 33 games. They will welcome Manisa FK at home on Sunday in the next league game.