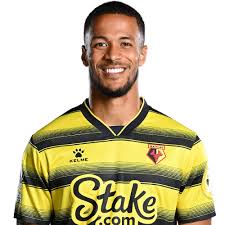 Super Eagles Vice Captain, William Troost Ekong has been certified to be available for selection as Watford face Southampton today as they continue their search for EPL survival at season’s end.

Ekong last featured for the Hornets on New Year’s day’s 1-0 home loss to Tottenham for his 16th game of the season but he has always been consistent on the bench until he got injured on February 26th.

He returned to training on the eve of Watford defeat at Wolverhampton Wanderers on Thursday but the Eagles could be set to return to the defence if Hornets’ manager, Roy Hodgson gives hom a look in.

“Jeremy Ngakia (hamstring) and William Troost-Ekong (groin) are both fit and available for selection this weekend,” is the briea statement from the club’s official website.