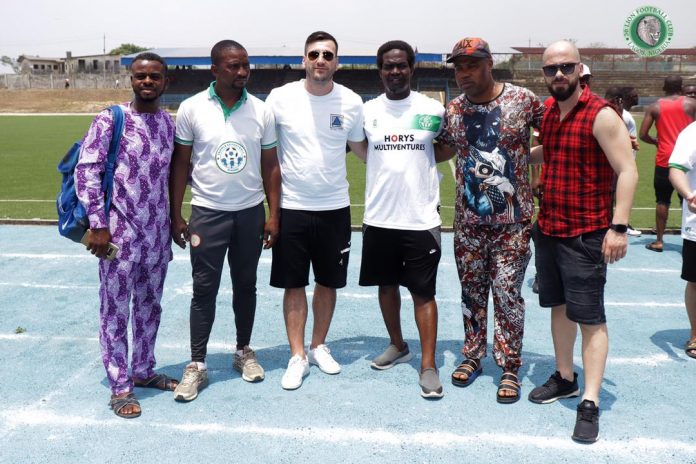 36 Lion has cruised to the final of an invitational event aimed at discovering budding talents that could attract the attention of top scouts in Nigeria and beyond.

The final will be played tomorrow and 36 Lion is set to slug it out with DN 10 FC for the coveted title after topping Group B with seven points from three games.

36 Lion that is financed by top grassroots expert, Hajj Gafar Liameed faced Liberty FC in the first game and won by a lone goal. Ikon Allah proved difficult in the second game but it ended 2-2 before a 2-1 victory onet Gidado FC sealed the team’s place in the final.

The tournament is holding at Lead City University in Ibadan and top agents, local and international have been comparing notes to see youngsters that could make the cut and belowe next superstar out of the 200 young footballers that came fromm Ibadan, Kaduna, Kwara and Lagos for the tournament.

Comments from the stable of 36 Lion read thus:

“It’s a round robin style, we top group B for a showdown in the final vs DN10 Football Club.

“The Final is slated for 10am tomorrow at Lead City University.

“Great experience for about 200 young footballers from Ibadan, Kaduna, Kwara and Lagos.

“The best of luck and God’s abundant blessings to all the top talents selected.”

Curtail falls on the tournament tomorrow with the available scouts to pick and reveal the fortunate youngsters at the end of the turnament.

Results of 36 Lion Group B matches

NVBF announce final 12-man list for the U19 World Cup