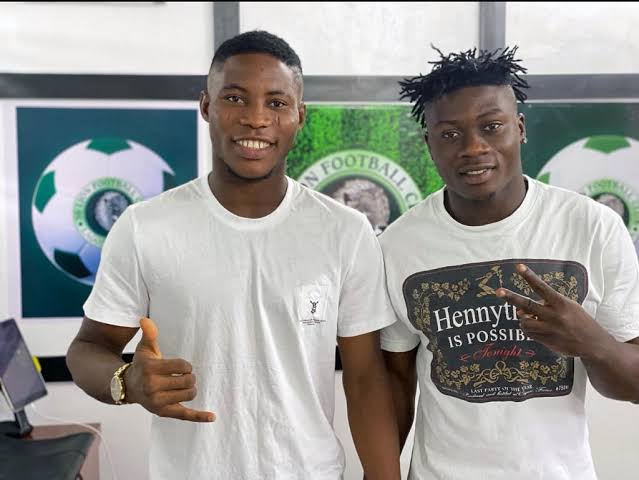 36 Lion graduates duo of Samson Akinyoola and Ade Oguns and their Venezuelan club, Caracas will face Colombian opposition, Atletico Junior, in the second round of the 2021 Copa Libertadores after overcoming Peruvian side, Universidad Cesar Vallejo 2-0 on aggregate in the first round.

To qualify for the second round, Caracas held the Peruvian club to a goalless draw in Lima on February 24 with both players playing crucial roles in the result. In the return leg played in the early hours of Thursday, Caracas thrashed Universidad Cesar Vallejo 2-0 through the goals of Jorge Echeverria from the penalty spot in the 20th minute and the insurance goal in the 90th minute through Richard Celis.

Akinyoola who started both games was substituted as a time-wasting mechanism in the 90th minute and replaced by Miguel Celis while Oguns came on in the 78th minute in place of Ghanaian, Kwaku Bonsu Osei to fortify Caracas who were under pressure from the Peruvian side at the time.

Caracas held on and have set up a date with the Colombian side, Atletico Junior with the first leg slated for the Venezuelan capital, Caracas next Thursday, March 11th while the return leg takes place in Colombia seven days later with a ticket to the next round the reward.

Akinyoola who joined Caracas FC on January 18th, 2021 from Slovakia side, FK Senica as a free agent was formerly of 36 Lion until he left for greener pasture in 2019. He has played two games both in the Copa Libertadores with the Venezuelan Premier League due to start next month.

While Oguns moved to the Venezuelan side directly from 36 Lion on January 16th, 2021. He has also played two games for Caracas FC in the Copa Libertadores too, but mostly as an impactful substitute.