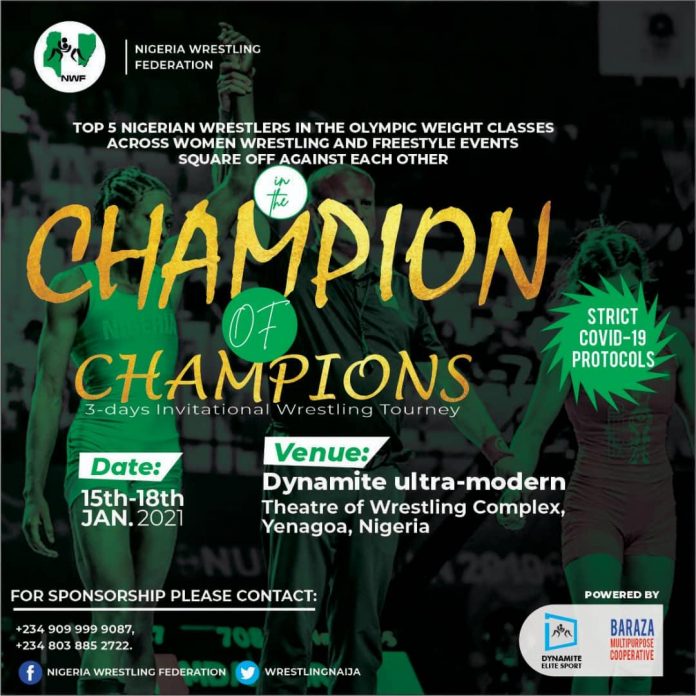 As part of the terms of the agreement, Baraza have decided to, a large extent, bankroll the tournament, hence, the change of name.

Every other aspect of the 4-day tournament remains sacrosanct.

Meanwhile, World No.2 and reigning Commonwealth champion Odunayo Adekuoroye is expected to light up the tournament when she takes to the mat in the 57kg on Saturday, for her first competitive bout in almost a year.

Fireworks are also expected from 5-time African Champion Mercy Genesis in the 50kg weight class also on Day 1 of competition on Saturday.

In the Freestyle event, all eyes would be on 4-time African champion Emmanuel Ogbonna when he takes to the mat in the 74kg class. The Akure-based energetic wrestler claimed a fourth consecutive African title in Algiers nearly a year ago the last time he competed.

In the meantime, the NWF have secured a state-of-the-art timing system, which will be used for the first time at the Baraza Champion of Champions tournament when competition gets underway on Saturday.