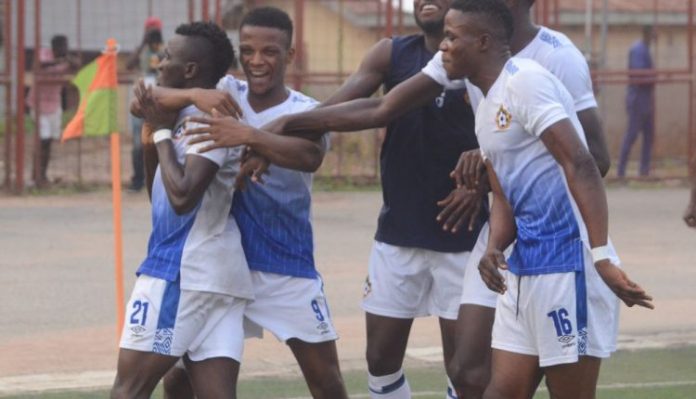 Shooting Stars Sports Club (3SC) of Ibadan, return to the Agege Township Stadium, Lagos, a month after having a triumphant outing on the same pitch.

The Oluyole Warriors will, this Saturday confront homers, Vandrezzer FC, with the hope of reenacting their superlative outing during their first visit to the stadium on March 6, when they hammered Stationery Stores 3-0.

Apart from eyeing a repeat performance against Vandrezzer, the Ibadan soccer lords, will also aim at returning to winning ways, having drawn their last two matches prior to this matchday thirteen pairing.

When Vandrezzer visited Ijebu-Ode during the first round, the NNL Southern Conference Group B1 table toppers silenced them with a 2-0 win, courtesy of goals by Malomo Ayodeji and Gbadanosi Fatai.

The visitors,will therefore target the maximum points to confirm their superiority over the Lions and by extension, further increase the gap between them and their closest rivals on the log.

The coach Edith Olumide Agoye tutored lads know quite very well that winning this encounter, is all they require to make their fans happy after the outcome of the last two games, hence they will definitely go for the kill against the Lagos based Vandrezzer.

With the current form of both sides placing the Oluyole Warriors ahead of their host, coupled with the fact that the visitors will be playing on a familiar terrain, the host will definitely have their hands full.

Vandrezzer are coming into this game with two straight losses to Dynamite Force (1-3 in Lagos and 0-1 in Iyharmo), while they also have a new man in charge of the team, Tony Bolus, who was just handed a three month short term contract during the week.

Although the former MFM of Lagos tacrician will target victory in his first match in charge, it remains to be seen how his team would be able to handle the in-form Shooting Stars on Saturday.