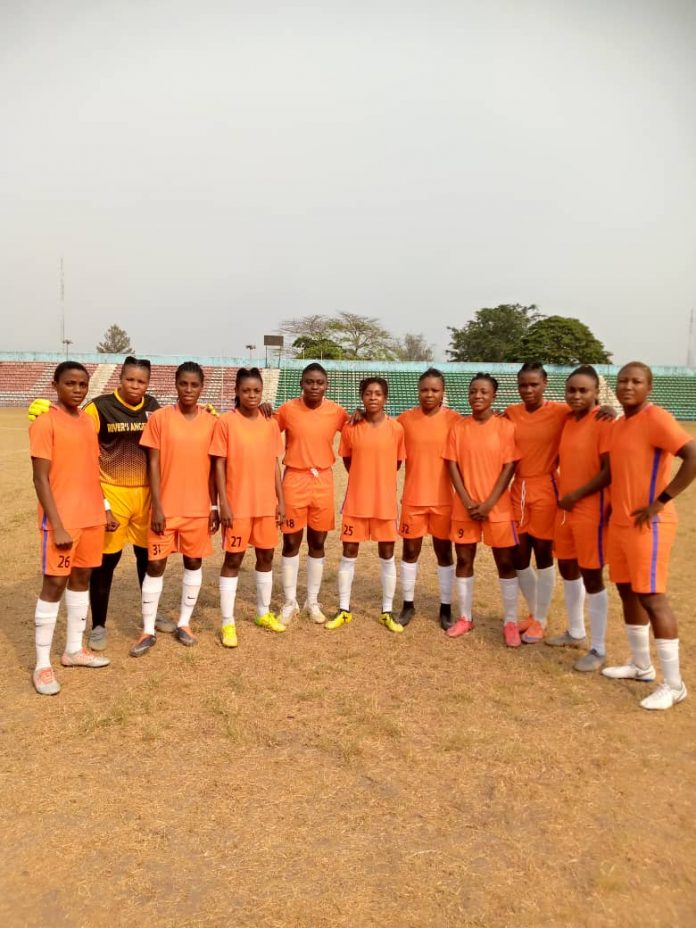 Forward Cynthia Aku made it two goals in two starts as she opened scoring in the 9th minute for the Jewel of Rivers.

In the 16th minute, Oghenebrume Ikekhua doubled the lead for reigning Champions.

Mfomba Chinendu pulled one back for the hosts in the 73rd minute but that didn’t stop Rivers Angels from going back home with the maximum points.

Despite losing to their visitors, Head Coach of Pelican Stars, Salisu Murtala Olalekan was impressed with the performance of his girls.

“We conceded two early goals and my girls didn’t quite get into the game early enough,” Murtala said.

“I’m however very happy with their performance because Rivers Angels is one of the best teams in the country.

“If you look at the current Pelican Stars squad this season, they are yet to get to that standard.

“But I’m happy we gave them this fight and I’m hoping to go to Akure to repeat what we achieved in Lagos against Dreamstars,” he added.

Head Coach of Rivers Angels, Edwin Okon after the game, praised the match officials for a job well done and hopes to maintain his side’s unbeaten run.

“I have played several matches in the league and I must commend the match officials in today’s game,” began Okon.

“This is not because I won but because they did an excellent job.

“For my team’s unbeaten run, I’m not surprised because they’re Champions and have done incredible things in the past.

“As long as we keep having good officiating like this one, we’ll definitely keep winning on the road,” he added.

The Jewel of Rivers will next play Royal Queens on March 3 in Port Harcourt.