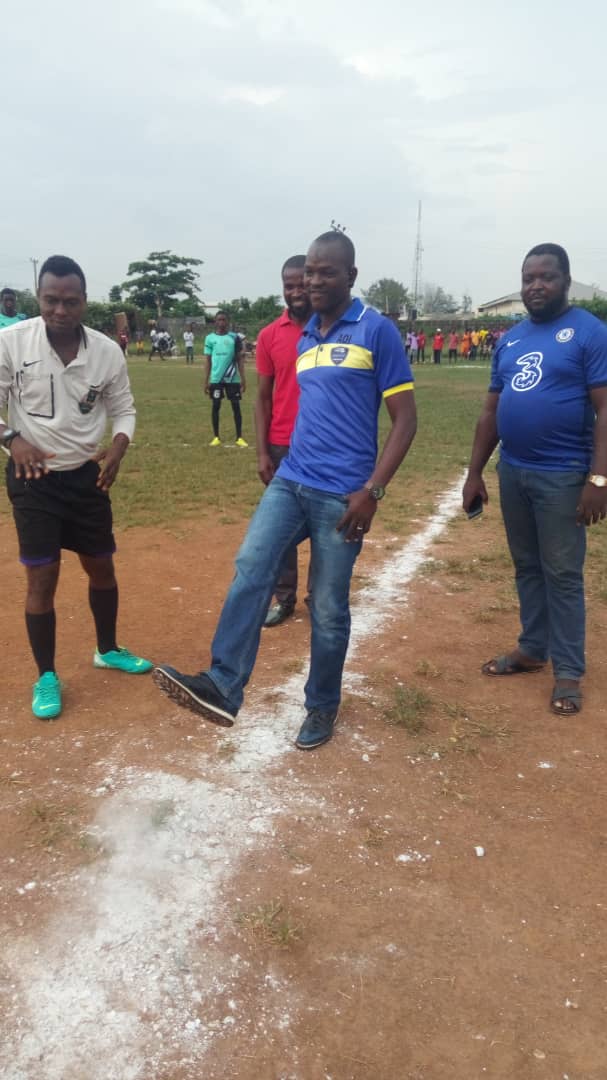 General Manager Magate FC, Comrade Owolabi Aleshinloye has expressed his satisfaction at the impressive display of his side following their 1-1 draw against Ileogbo United on Wednesday at the Moshood Oyelade Alimi mini Stadium, Joju, Ogun State.

Aleshinloye who was on ground to cheer up the Nationwide league one side expressed his delight at the impressive performance of his boys who were playing their first friendly game after eight months of inactivity due to the Covid-19 outbreak.

“We need to say it the way it is”, said the Magate General Manager.

“They tried their possible best, the coach tried to give chance to everybody. We just selected them, having just concluded our screening last Friday. They’ve not spent two weeks together, on Monday they did physical training, yesterday it was ball walk, two asides and today they are here for a match. Most of these players are new but I can tell you I’m proud of my young players.

“The team we played against were hefty and much experienced players that have played in the league some have been out of the country. It’s a work in progress by the time we play some couples of games and train for like a month the chemistry will gel”, he added.

He however cited that the team has more work to do before the season commences, as he believed they are not ready yet but are a work in progress.

“I can’t say we are ready like I said, it a work in progress but with a matter of time we will be ready”, he concluded.