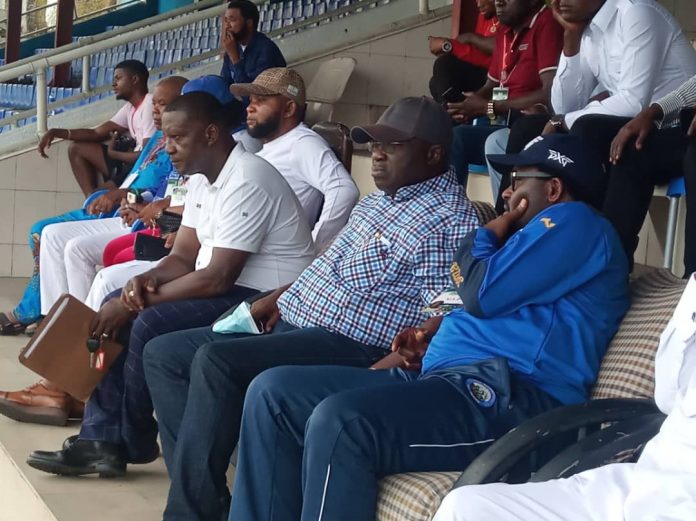 Abia State Governor, His Excellency, Victor Okezie Ikpeazu has revealed that the preseason tournament he is sponsoring has been put together to help prepare Enyimba, Abia Warriors and other participating teams for the start of the season.

The maiden edition of the Governor Ikpeazu Pre-season Tournament kicked off at the Enyimba International Stadium, Aba on Sunday with Governor Ikpeazu in attendance and the sports loving Governor pointed out that he was impressed with the standard of the tournament and the calibre of teams taking part too.

Governor Ikpeazu confirmed that efforts are being made to ensure that the tournament is sustained beyond now and further admonished participating teams to cease the opportunity presented by the tourney to finetune their strategies, formations and players ahead of the start of the season.

“I think the idea is to get the various participating teams ready for the main action and with what I have seen so far I have underscored their seriousness and commitment,” Governor Ikpeazu disclosed in a chat with Governor Ikpeazu Media.

“I am impressed with the zeal and vigour with which they are playing and I hope the technical teams of Enyimba and other participating teams will cease this opportunity to fine-tune their strategies, try new players, new team formation and eventually come up with what they feel will be their strategy for the conpetition.

“Certainly we will sustain it because it is the only way to go. Being a champion is a process it is not an event. You need to prepare and you need to sustain your position up there. We think it is what we should do.”

Governor Ikpeazu also disclosed he consented to host the tournament and others to ensure his administration empower the youths and stop them from restiveness.

“Some of these things you see lined up are part and parcel of our strategy to engage our youths,” Governor Ikpeazu added.

“I am a very strong advocate of the fact that whenever you see youth restiveness it dovetail into energy management. If you channel youthful energy into productive endeavour you usually have a good result.

“Besides that, football has become major business all over the world and I want sports journalists and administrators in Nigeria to see the organic evolution of various soccer academies in Abia. It tells you that Abia State remains a repository of soccer talents and we want to take it to the next level.”