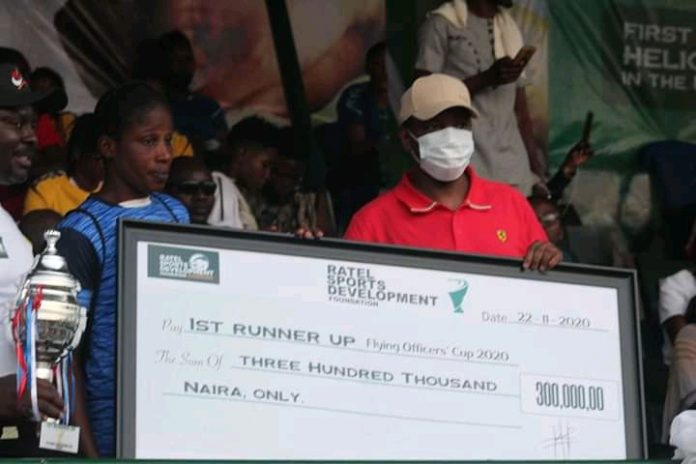 The President of Ratels Sports Foundation, Barrister Paul Edeh said it was neccesary for the payment to be made in time, announced and well documented for transperancy sake.

The legal luminary also thanked all the teams that participated at the Pre-season Championship and urged them to use the technical lessons learnt from the competition to prepare well ahead of their various leagues.

Beyond the prize money, clubs that crashed out in the first round also got N60,000 each, while all their coaches smiled home with N20,000 each.

Furthermore, clubs also got free accomodations all through the period of the competition with their feedings well taken care of by the organisers and they were also given set of branded jerseys with ten branded balls each.

The Flying Officers Cup was formerly known as the Naija Ratels Pre-season Championship and it was renamed to honour the memories of the late Flying Officer, Tolulope Arotile.