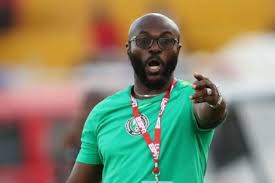 Abia Warriors head coach, Imama Amapakabo says he is worried about his team’s lack of clean sheets and wants something to be done about it in their subsequent games.

The Warriors thrashed Katsina United 3-1 to boast the best attack in the league with 25 goals scored and 18 conceded but Imama who was reviewing their latest home win over the Changi Boys said he was disenchanted with the goal they let-in from the penalty spot on Sunday.

“I don’t go into a game expecting a certain scoreline, I was bitter today we conceded a goal through penalty because it has been a while we had a clean sheet,” Imama told journalists.

“We have one of the best Goalkeepers in the league but unfortunately, I read in the media about goalkeepers with the clean sheet he’s not one of them, it hurts me, and we working on it.

Abia Warriors who are ninth on the league table with 24 points travel to Lafia as guests of Nasarawa United this weekend.