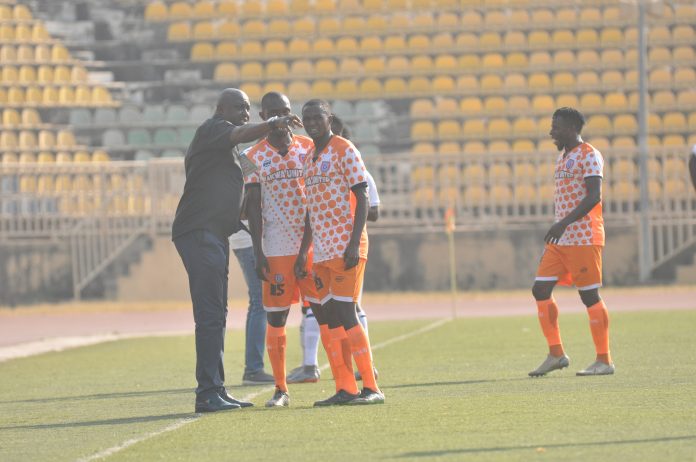 Following their disappointing draw at home to Wikki Tourists on Matchday 5, Akwa United FC have resolved to go all out for a positive result in Owerri when they square up against Heartland FC at Dan Anyiam Stadium this weekend.

The Promise Keepers, 13th on the log with six points from five games will be aiming for their second victory, and first away win of the season when they engage 18th placed Heartland FC who have one win and four defeats from their opening five matches.

Coach Kennedy Boboye has encouraged his players to prove their worth and ensure they secure maximum points on Sunday to help improve their standing on the NPFL table.

With four goals from five matches, coach Boboye has charged his players to be more clinical in front of goal by burying all their chances.

“We have played five matches already and we have observed some lapses in our team. Our ball play is very encouraging all what we need to do is to bury our chances. We can’t afford to gamble with our chances anymore. We can only win matches when we score goals, so we have to make good use of every scoring opportunity.

“We have dropped four points at home already and for us to recover those points, we have to fight for every available point in all our matches.

” I have confidence in my players and I believe we have enough quality in our team to win in Owerri this weekend”.

Akwa United have won six and lost just two of their previous eight fixtures against Heartland FC and the Promise Keepers will be hoping to continue their dominance over the Naze Millionaires this Sunday when the game kicks-off at 4pm.