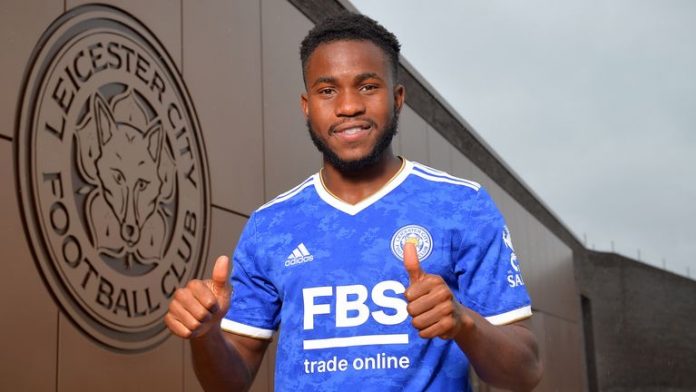 By Tunde Liadi
Leicester City boosted their chances of finishing the season strongly with a 5-1 away win at Vicarage Road against Watford FC without any of their Nigerian imports in action.

Samuel Kalu was the only Nigerian that started the game for Watford before his compatriot, Oghenekaro Etebo joined the fray in the 81st minute in place of Ken Sema but William Troost Ekong was rooted to the bench.

Emmanuel Dennis couldn’t pass a late fitness test and so was omitted from the squad for the Hornets while Kelechi Iheanacho and Ademola Lookman were unused substitutes. Wilfred Ndidi still remains sidelined with injury for Leicester City who ended their European club competition pursuit with a loss to AS Roma in the semi-final of the Europa Conference League.

The vital away win has taken the Foxes to the ninth on the log with 48 points from 36 games and could finish the season in the eighth spot if they defeat Chelsea an Thursday at Stamford Bridge on Thursday and Southampton at the King Power Stadium next Sunday.

Watford will return to the Championship again next season as their relegation to the lower league had been confirmed few weeks ago. They are currently 19th on the league table with 23 points from 37 games.