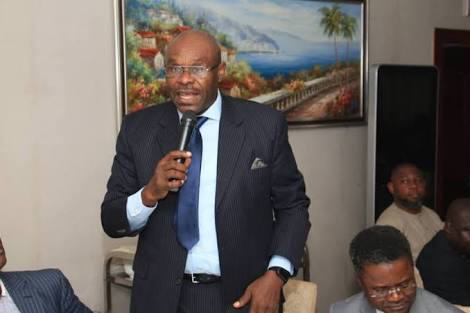 Rising from her 2022 Ordinary General Assembly, the Imo Football Association has urged its State Chairman, Amanze Uchegbulam to contest for the position of the President of the Nigeria Football Federation.

Vice Chairman of Imo FA, Barr. Ifeanyi Dike moved the motion which was overwhelmingly supported on Friday during the General Assembly saying Uchegbulam was the best candidate with indepth knowledge of Football administration across the African continent, saying the country needs him to restore the glory of the leather game in Nigeria.

Dike lamented that Imo and Anambra states had no representation in the NFF for 12 years running even as he maintained that Football administration has nosedived.

He said “if you talk in terms of experience and capacity to manage football in Nigeria, nobody beats that of our Chairman, Mazi Amanze Uchegbulam, noted for his prowess and transparency. If we can fix the administration at the highest level, our teeming youths will benefit with the development of the leather game and Nigeria will take her pride of place in Africa and the world in football.

The motion was overwhelming endorsed by the general assembly though Uchegbulam said he will have to think about it, saying it was a capital intensive project irrespective of the passion.

Uchegbulam said “I have heard you but you must know that beyond capacity and passion, it involves huge financial resources and you know am a poor man. However I have heard you and I will think about it because of your implicit confidence in me”.

Chairman Uchegbulam announced that no member was suspended or disqualified because they comported themselves well even as he charged them to remain worthy ambassadors of the Imo Football Association.

According to him, Imo State was the only State in Nigeria that holds her annual ordinary General Assembly as stipulated in the statutes and thanked the members for their unalloyed commitment to football development in the state.