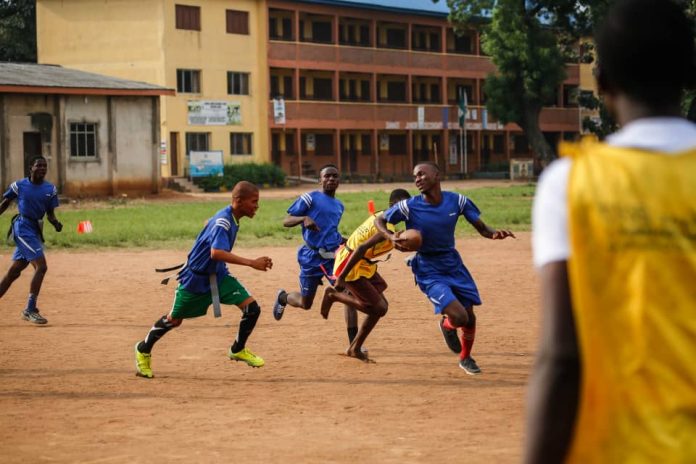 The Nigerian American Football Association((NAFA) has begun its league qualifiers tournament in Lagos.

The tourney is meant for Secondary Schools in Lagos and it commenced on the 22nd of November 2021.

The qualifiers consists of 40 secondary Schools in Lagos with Diary Farm Field Agege hosting day one of the qualifiers.

This was made known to the media during the press conference for the tournament at the New Hall College, New Chevvy Estate by the president of the Association Mr Babajide Akeredolu.

“This week marks an epoch making period of the Nigerian American football Association.
NAFA was established to harness and unleash the best of American football into the Nigerian Economy. Our believe in the sport to drive a collaborative culture, create new opportunities for work and scholarships for Nigerian youths, promote healthy living, commercial opportunities and Foster a society in dire need of strategy , structure and passion can not be understated.”

He further explained that the aim is to make the sports popular in Nigeria and most importantly represent Nigeria by Kick starting a professional American football league that will consist of American football teams all over Africa, divided into 4 regional conferences.

The last round of matches will be played on the 26th of November at the LASU Field, Lagos.

Nigeria 3-0 Lesotho: Super Eagles spank Crocodiles to round off AFCON...