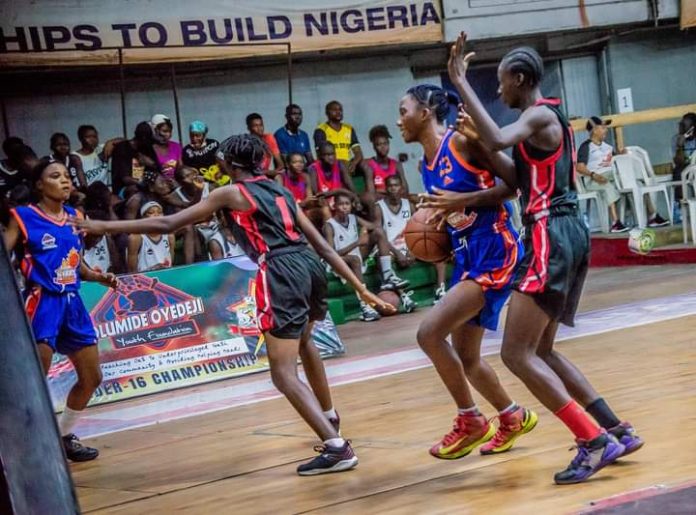 Lagos State Girls U17 team on Sunday continued their dominance at the ongoing Southwest Rising Stars U17 Girls Basketball Championship in Lagos with their second win in the competition following a 42-20 points win over Ekiti State.

In the same vein, Ogun State U17 Girls picked their second consecutive wins after handing a four-point gap defeat to Oyo State (30-26pts) at the Indoor Sports Hall of National Stadium, Surulere Lagos.

The competition which started on Friday had Saturday as rest day for all the teams.

Osun which had a brilliant performance on match-day 1 after beating Ekiti (45-29) lost grip of their dominance when rejuvenated Ondo who had lost to Ogun (24-26) bounced back to winning ways to win (35-26).

With the match-day 2 results, the hosts, Lagos State are leading the table while Ogun are placed second going into match-day 3 which commenced 8am this Monday morning.

Ekiti Vs Oyo
Ondo Vs Lagos
Ogun Vs Osun

Olumide Oyedeji Youth Foundation had in April held the Southwest Rising Stars U17 Boys Basketball Championship in Akure, Ondo where Lagos defeated Oyo in the final to win the tournament maiden trophy. The Lagos Girls like their boys counterparts having recorded two wins in two games look good to go ahead and win the trophy.