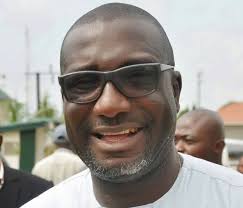 Following the disappointment of failing to beat Osun United at Omoku last week, players and officials of Go Round FC still had something to smile about during their next training session.

Before the game against Osun United, financier of the team, Bro. Felix Obuah had promised them the sum of N500, 000.00 (Five hundred thousand naira) for a win, but they could only draw.

However, in spite of their failure to win the game and claim the grand prize, Felix Obuah paid a surprise visit to their training session and presented the sum of N200, 000.00 (Two hundred thousand naira) to the team for the effort they put in against Osun United.

Go Round FC will play against Stationery Stores in their Match Day 2 encounter at the Krisdera Hotel Stadium, Omoku on Saturday.