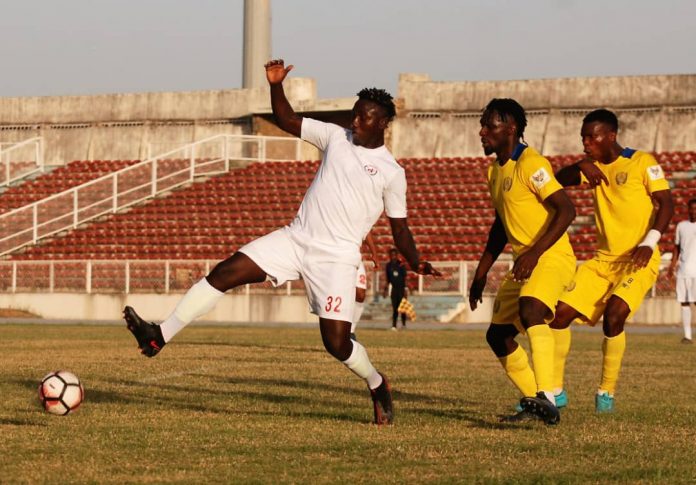 With the matches coming thick and fast in the 2020/2021 NPFL season and with its target to be crowned league champions at the end of the season, technical adviser to Rangers International F.C, Coach Salisu Yusuf will be leading his wards to ambush the invading army from Nnewi, F.C Ifeanyiubah in a match day 4 fixture with victory as its main target.

The encounter which is expected to take place inside ‘The Cathedral’, Nnamdi Azikiwe stadium, Enugu, under closed doors, will see the ‘Flying Antelopes’ unleash its best legs for a repeat of last season’ 3-1 spanking handed the Uche Okagbue tutored side.

With the expected bonding of the quartet of Israel Abia, Chinonso Eziekwe, Kenechukwu Agu and Chiamaka Madu upfront, there will be no hiding place for goalkeeper, Sharp Uzoigwe and the Abel James and Patrick Egeonu led backline of the ‘Anambra Warriors’ while Ernest Governor and Uche John must be alert in their duties to snuff out any danger from the duo of Ekene Awazie and Nonso Nzediegwu.

After an exquisite performance in far away, Kaduna that saw the ‘Flying Antelopes’ snatch all three points off host’ Jigawa Golden Stars over the weekend with Femi Ajayi netting his first goal for his new club off an Israel Abia assist, Coach Yusuf will be hoping for another win over his young compatriot, Coach Uche Okagbue, whose side capitulated against visiting Dakkada at the weekend in Nnewi.

Last season’ top goal scorer, Israel Abia, who was yet to join Rangers when the corresponding encounter happened last season, is very optimistic of avalanche of goals in the second ‘Oriental Derby’ of match day 4 as he said, “We need to consolidate on our positive start to the season with a convincing win over Ifeanyiubah. They are a good side any day but we have quality players that will take them to the cleaners. A tough match is what we expect from them but we shall emerge victorious with goals to celebrate the win.”

Also speaking ahead of the fixture, Femi Ajayi said, “With the team work we are working on in Rangers, I strongly believe we can take on any team and challenge for the league shield perfectly. We are not underrating any team, least of all, Ifeanyiubah, but we just pray for luck to be at our best and come out with the desired victory.”

No game of the eight official matches played between both sides have ever been easy for either sides not even the four wins, three losses and a draw enjoyed by the Coal city landlords can effectively be described as pure dominance but with the dominating style of play that coach Yusuf have imbibed on his wards, there would be no surprise of where the pendulum of victory would swing at the end of hostilities.

Since the acquisition of the former Gabros International F.C by Nnewi born businessman turned politician, Senator Ifeanyi Ubah, fans have never been denied pure football artistry laced with goals when this fixture is played out by both sides except on April 22, 2018 when they cancelled each other out in Nnewi.

Matches played out by Rangers and FCIU had ended thus: