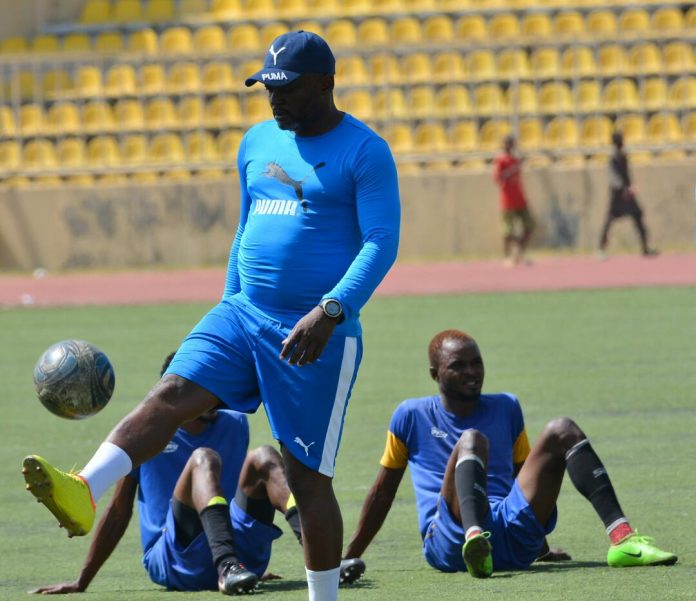 Abubakar Bukola Saraki (ABS) Ilorin FC, have landed in Group A2, of the abridged 2020/2021 Nigeria National League as the league organisers set Saturday January 30 as the kick off date.

This was revealed on Friday after the NNL Annual General Meeting (AGM) in Abakaliki, Ebonyi State.

In the draws released at the end of the meeting, the Saraki Boys will first make a trip to Abuja to lock horns with Road Safety.

ABS Camerounian Technical Adviser, Anthony Encho in his reaction to the new development, said it is time to get to business and that the party is over for the boys.

“I will say it is a tough group, we have many football power houses here but we will give our best to succeed.

“We have prepared enough for this day to come, so it is time to get to business and work very hard to be the best in the group” Encho said.

One of his players, Shola Oketade, said “Yes we are ready to do it…. This is the time” the young striker averred

Another player, Emmanuel Atoe is his reaction, said I don’t know about you guys but I see us coming out of this group as number one at the end of the season.

In his word, Abdulraheem Saad said this is what we have been waiting for and we are strongly ready for it.

The Coach of the team, Shuaib Abdulkadir, popularly known as “No Fear” said: “We are ready for the battle while one of his left full backs, Olamide Mudasir, was full of confidence on the team’s promotion this session.