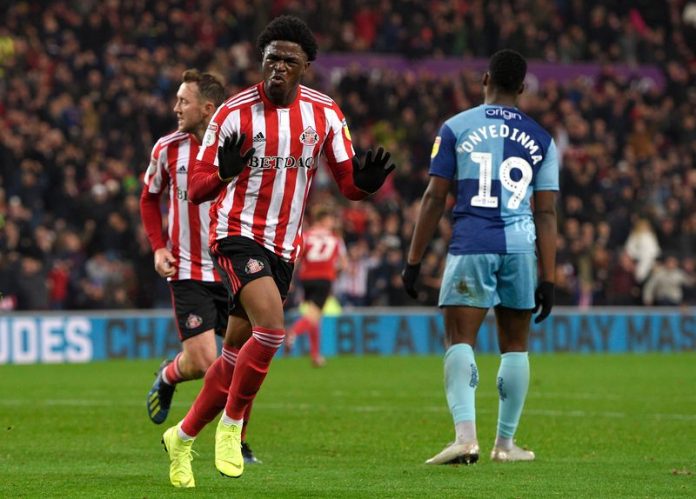 Josh Maja has teamed up with Fulham to join four other Nigerians at the Craven Cottage on loan for the reminder of the season from French League side, Bordeaux.

Maja has played in England for Sunderland, and Man City before he travelled abroad for a stint with Bordeaux and he has decided to return to the EPL despite playing 17 games and scoring two goals.

In a statement from the club, Fulham said: “We are delighted to announce the signing of Josh Maja from Bordeaux on loan.

“The 22-year-old striker will remain with Fulham for the remainder of the 2020/21 campaign, with an option for the deal to be made permanent.”

Speaking to fulhamfc.com after signing, Maja said: “I’m really excited and proud to sign for Fulham on loan for the remainder of the season.

“This is a big opportunity and I look forward to meeting up with the team and working hard to achieve positive results.”

Tony Khan added: “I’m delighted that we’ve been able to bring Josh back to Fulham. He’s made tremendous progress in the years since he left our Academy, and now he’s returning to the Club in our First Team with an opportunity to earn his place in our squad and prove himself at the highest level. Come on Fulham!”

After spending some time with Manchester City, he later joined Sunderland, making his senior debut in the League Cup in September 2016.

The following season he was handed a Championship debut by Chris Coleman, scoring the winner after coming off the bench against Slaviša Jokanović’s Fulham side – the last match before our famous 23 game unbeaten run.

It will be the 2018/19 campaign that Maja looks back on as the year he well and truly announced himself, when he had scored 16 goals by mid-January and boasted the best goals (0.63) per game ratio in League One.

It was form that persuaded Bordeaux to take him to France, where last season he scored seven goals, including a hat-trick against Nimes.

Maja’s performances in Ligue 1 earned him a first call-up to the Nigeria international squad in September 2019, and he made his debut that same month in a team that also featured Ola Aina.

Volleyball: Nigeria through to semi-final of 2021 African Nations Cup