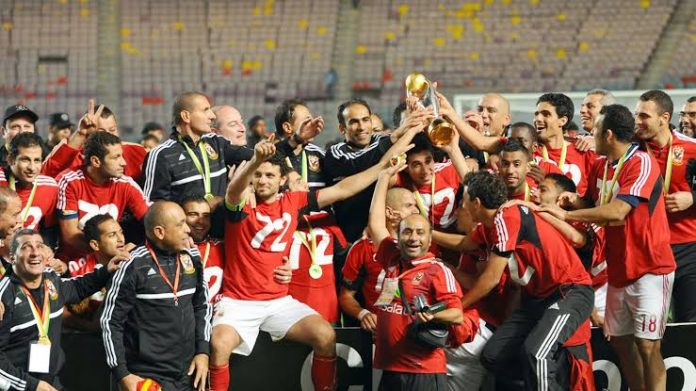 It was the first time the Red Devils will win the most prestigious club title on the continent since 2013 after final losses to Wydad Casablanca and Esperance in 2017 and 2018 and an embarrassing 5-1 quarter final exit to Mamelodi Sundowns in 2019.

The historic final which was the first between teams from the same country had the added subtext of being contested by city rivals with Ahly and Zamalek both Cairo teams.

It was also the first one-legged final in the competition’s history.

It took just five minutes for Ahly to nudge ahead with Fadlala Shikabala firing them ahead.

Zamalek rallied after going behind and deservedly drew level just after the half hour mark as Amr El Solaya’s exceptional effort flew past Mohamed Abougabal.

The second half was a more cagey affair as both sides left little opening for the other to exploit and when it appeared an extra thirty minutes would be required to decide the tie, Afsha popped up with a giant goal to leave one half of Cairo in rapturous ecstasy and the other half in despair.

Nigerian striker Junior Ajayi was on from the start but was forced off by an injury after the hour mark.

The victory sees Ahly coach Pitso Mosimane, who was only appointed last month and had taken charge of just seven matches prior to Friday’s final, win the trophy for the second time, beating Zamalek in the final on each occasion.

The South African becomes just the third coach to win the CAF Champions League with two teams after first winning it with Mamelodi Sundowns in 2016.

Bringing the trophy back to Al Ahly after seven years in just his eighth game in charge will surely endear Mosimane to the club’s fan base, achieving the feat against hated rivals Zamalek will all but guarantee the South African a permanent place in the club’s history of greats and seal his legendary status.