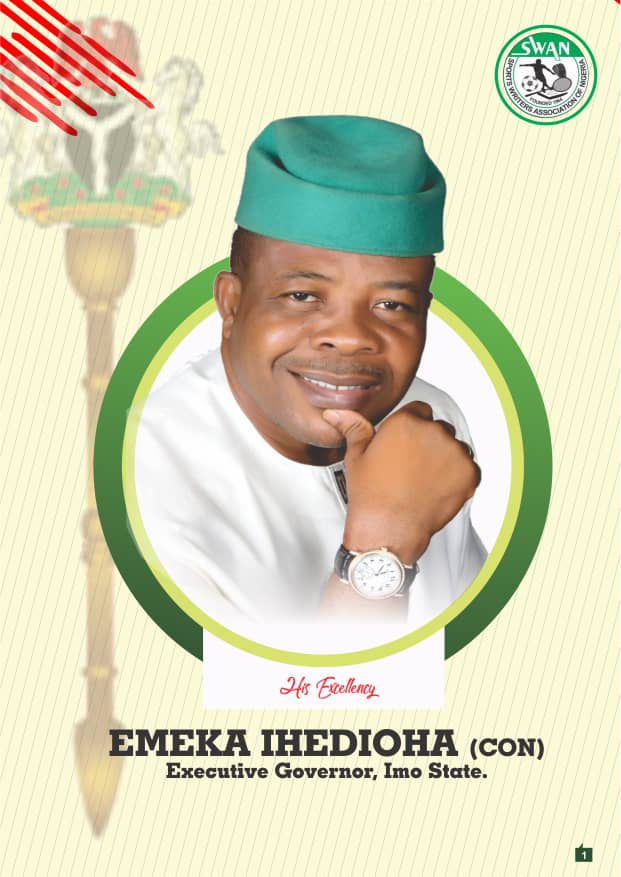 The Imo State Chapter of the Sports Writers Association of Nigeria (SWAN) is set to honour the Governor of Imo State, Rt. Hon. Emeka Ihedioha (CON) at its 2019 Award Night slated for Friday, December 20, 2019, in Owerri.

Governor Ihedioha and 10 others which include the Deputy Governor of Imo State, Gerald Irona will be honoured for their meritorious service to the advancement of sports in the state and in the nation as a whole.

The event is expected to take place at the resplendent Rockview Hotel, Owerri as from 7:30 pm, under the distinguished chairmanship of Imo Football Association Chairman, Mazi Amanze Uchegbulam.

Also expected at the event is the National President of SWAN Mr Honour Sirawoo, who will grace the occasion as a special guest.

Governor Ihedioha recently set up heavyweight National Sports Festival 2022 Bid committee, saddled with the responsibility of bringing the National Sports Festival back to the Eastern Heartland and his emergence as the Imo State helmsman has brought a sigh of relief to sports and sportsmen who were hitherto almost abandoned during the last administration.

Other awardees too have contributed immensely to sports as philanthropists and in other spheres which will be unfolded at the award night on Friday. 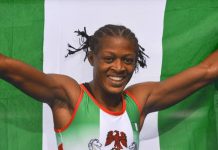 Thanks For Showing Me Love, Adekuoroye Praises Sports Minister