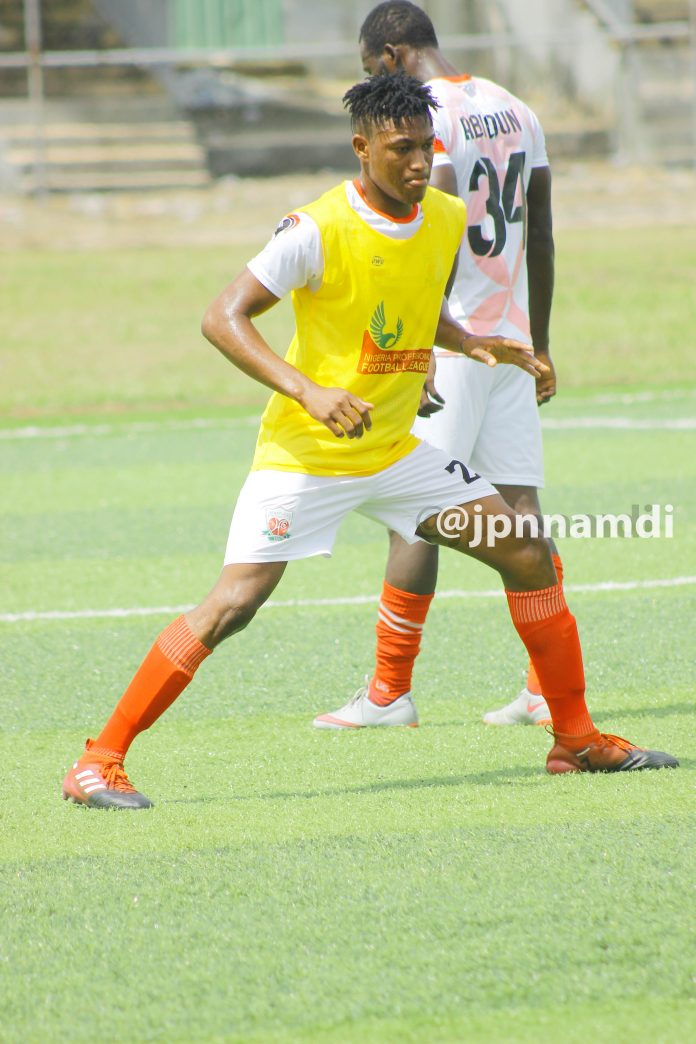 Heartland youngster, Samuel Nnoshiri has admitted that playing for the Naze Millionaires has helped him improve a lot in his debut professional season.

The midfielder also disclosed that the opportunity given him to represent Nigeria at the Under 20 level is invaluable and can’t be quantified.

The ASJ football Academy, Owerri graduate who is fast becoming a key player in the Heartland midfield has resumed intensive pre-season training with the team after representing and winning a silver medal with Team Nigeria at the African Games held in Morocco.

Having had a taste of Nigeria Professional Football League with the Naze Millionaires, the left-footer thinks it’s time to win some laurels and gain a place to play continental football with the sleeping giants.

“After playing with Heartland in the league last season, I will say I have learned a lot about professional football and my game has also improved,” Nnoshiri told Dasportstainment247.com.

“I am happy because my performance also earned me a call up to the Under 20 team.”

With the season scheduled to kick off any moment from now, Nnoshiri reveals his expectations.

“For the next season, I think we are prepared to work hard in order to win the league and as well get a continental spot,” he said.