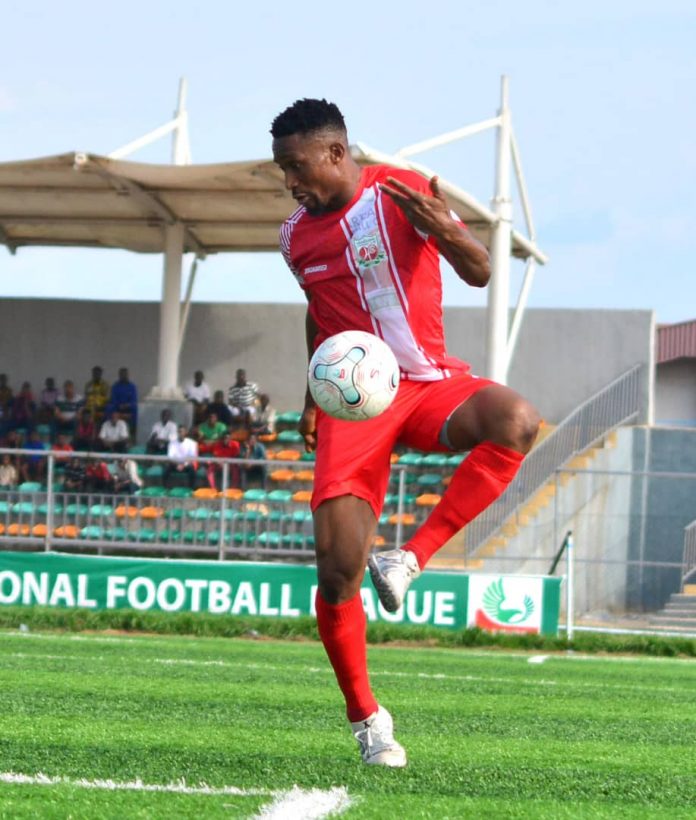 Heartland defender, Felix Osia says the club has the potential to rank among the best teams in the coming season based on the quality of players that have been signed by the team.

The Naze Millionaires have either flirted with the relegation zone or gone on the dreaded drop in the previous seasons but Osia pointed out that the acquisition of former MFM coach, Fidelis Ilechukwu and the purchase of some key players have given him reasons to be optimistic of a very good season when the season finally kick starts later this month

In an exclusive chat with dasportainment247.com after his side defeated ASJ football Academy, Owerri 3-0 in a keenly contested test game, the former Lobi Stars and FC IfeanyiUbah defender stated that the club is getting it right with some key decisions that have been made that will no doubt impact positively in the team ahead of the next season.

“With the philosophy of the coach, I believe we will have a good result at the end of the season because we now have better players than last season,” Osia told dasportstainment247.com.

“The likes of Razak Aliyu, Christian Pyagbara are here to beef up the team and with a very young and vibrant coach like Fidelis Ilechukwu who hates failure. I think he will transfer the winning mentally into the team.”

In his debut season for the Naze Millionaires, Osia was the most consistent player, missing just two games due to injury.

Ahead of the new season, he has promised to give his best and make sure Heartland gradually take back what they have lost as being among the leading teams in Nigeria.

Hear him:” Heartland is one club I have at heart and coming into the team I made sure I gave my best. Since I joined the team I have always tried to prove people wrong by giving more than 101 per cent any time I have the opportunity to play. That was the secret why I played almost every game of the season and with the calibre of players now I believe I can do better.”

The experienced left-full back also revealed some of his expectations for the coming season which includes getting a better offer and a national team call up.

“I always try to be dedicated and disciplined because I am still aiming to go higher in my career,” he continued.

“Heartland is not my last bus stop so I have to work hard to see that I get better offers abroad and also earn an opportunity to play for the national team.”

Although resumption date for the new season is not yet official players and staff of the five times league champions are training hard to make sure they remain fit and prepared.

Osia noted that this is a peculiar issue and he and his teammates understand the situation and will not be caught unaware anytime the season kicks off.

“We don’t really know what is happening to our football in the country, and our administrators can come up with anything.

“We understand how the league is been run in this country so we have to be always prepared. I believe that’s what the coaches are doing so that anytime the league starts we will do better.”