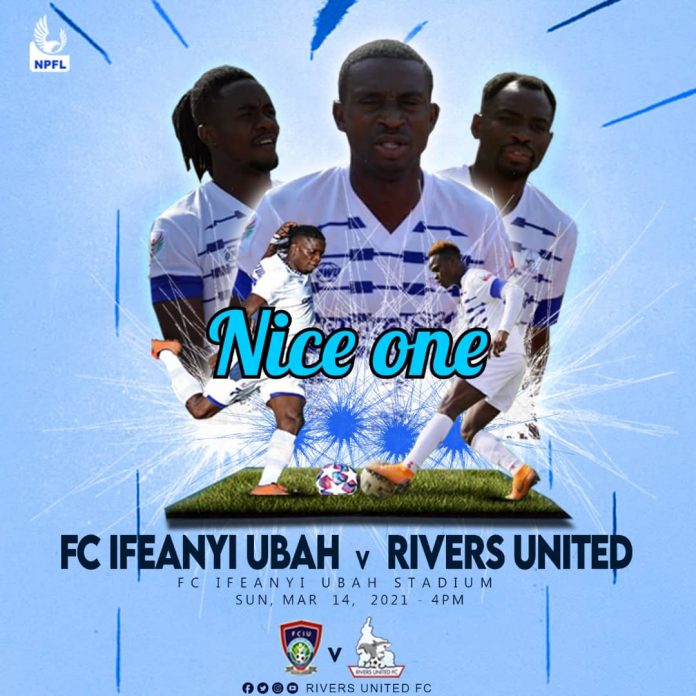 Another special treat awaits followers of the Nigeria Professional Football League (NPFL) on Sunday as two exciting sides in the land, FC Ifeanyiubah and Rivers United square up in one of the glamour ties of the round.

The FC Ifeanyiubah Stadium, Nnewi is the arena for Sunday’s game which will see 19th placed “Anambra Warriors” and 7th placed “Pride of Rivers” battle for supremacy..

Sunday’s contest promises to be fascinating and intriguing; the force of nature up against the immovable object – surely, something has to give.