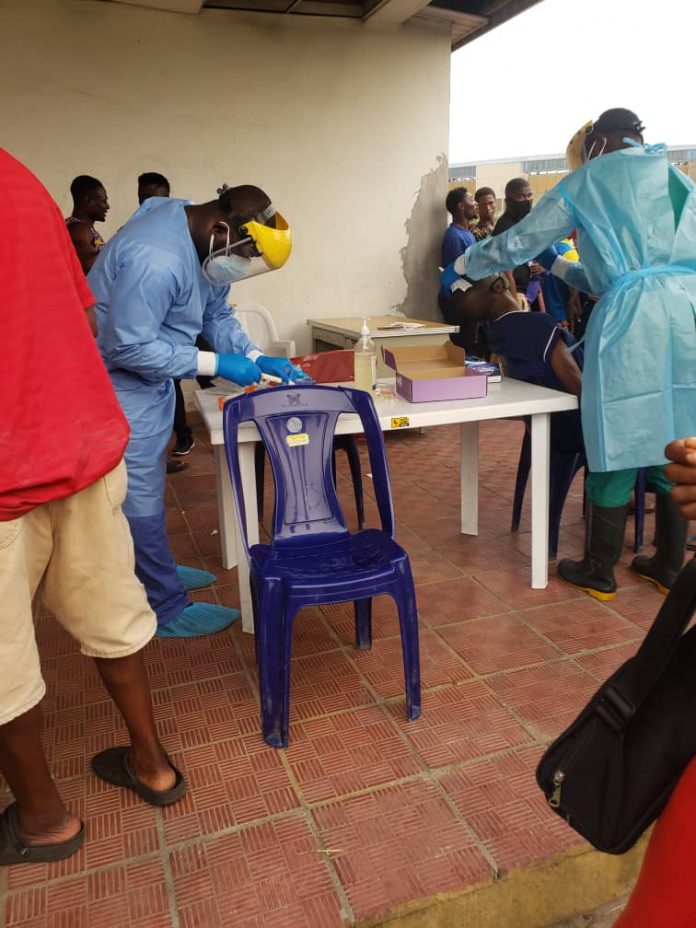 Ahead of the 20th National Sports Festival billed for Edo State between April 4 and 15 2021, the Rivers state contingent on Tuesday had a general Covid-19 test.

Led by the Chairman and participation planning committe, Honour Sirawoo, the Athletes, officials and state government delegation were all tested.

It’s in line with the directive of the Federal ministry of youth and sports that everyone who intends to be at the National sports festival in any capacity must return a negative Covid-19 test and get vaccinated.

Once the results return, the next for team Rivers is a trip to the host city, Benin City, Edo State where the multi sports event will hold between April 4 and 15.

Team Rivers is hoping to dazzle to the top of the overall medals table as the state government under the leadership of Governor Nyesom Wike has assured the travelling athletes of juicy rewards if they record a decent outing.

Rivers state who hosted the National Sports Festival in 1988 and 2011 will be in Edo State with 435 athletes and 144 officials to compete for honours in 29 sporting events.