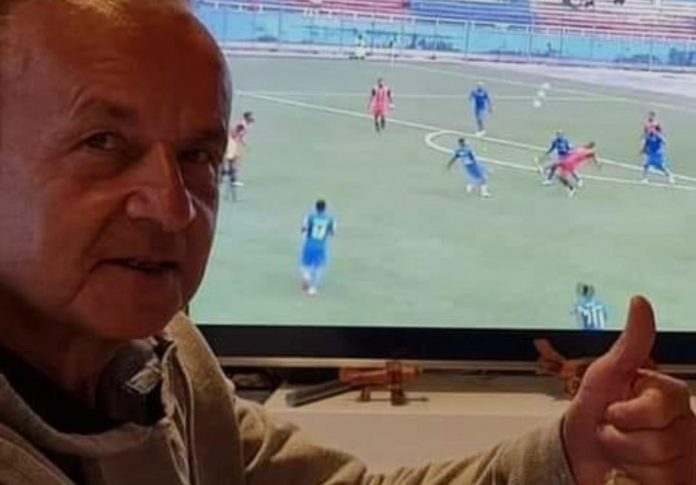 Rohr who has developed interest for the Nigeria Professional Football League has watched a few of games involving the country’s team on the continent and after viewing the Enyimba versus Abia Warriors tie via live stream courtesy NPFV.TV, the Franco-German praised the Enyimba International Stadium’s hybrid synthentic Insisting that the turf allowed for a free flow of football without putting the players’ health at risk.

The game streamed live on the NPFL.TV made for a good game of football and Rohr didn’t hide his joy at the use of such fine edifice for Nigerian league game.

Speaking on the development, the Managing Director, Monimichelle Sports Facility Construction Company hinted that playing league games on good pitches with perfect ball movement and behaviour will give room for domestic league players to make it to the main team of the Super Eagles.

“Watching a game on a zero undulated pitch with a perfect ball movement will create an opportunity for our local league players to make the Super eagles 21 man list for any competition,” Egbe told www.dasportstainment247.com.

“It also makes the coaches job very easy for local league players inclusion in his camping invitation . Great move by team NPFL for the live streaming of our local league.”