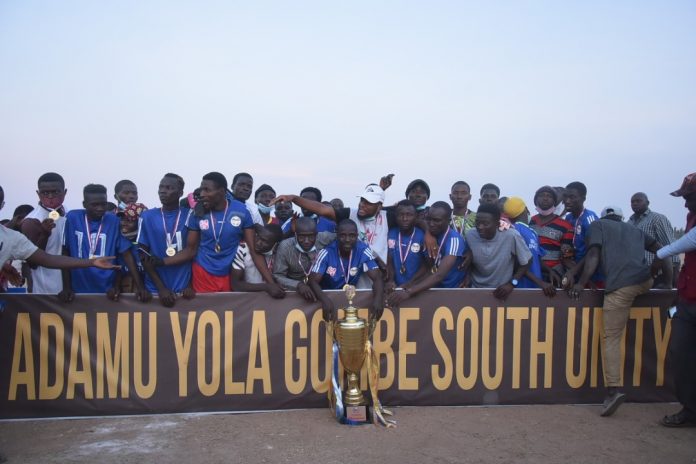 Balanga United Football Club were crowned champions of the 5th edition of Adamu Yola Cup tournament after they defeated Bare City 2-0 at the Billiri Township Stadium on Wednesday.

Both teams tried to outwit themselves while trying to take their chances during the game.

Bare City had the better of the early incursions as they dominated play in the opening 20 minutes missing several scoring chances. They were eventually punished for their profligacy.

Striker Doslam Dawi was star man of the game as his goalscoring skills was a delight to close to 3000 fans that watched the epic final.

Balanga United in the second half, dominated play and deservedly scored through Dawi’s brace.

The end result saw the Balanga United team winning the match 2-0, then claiming the trophy of the 5th edition of the Adamu Yola Cup.

Meanwhile, in the third place, All Stars walloped Balanga LGA 7-0.