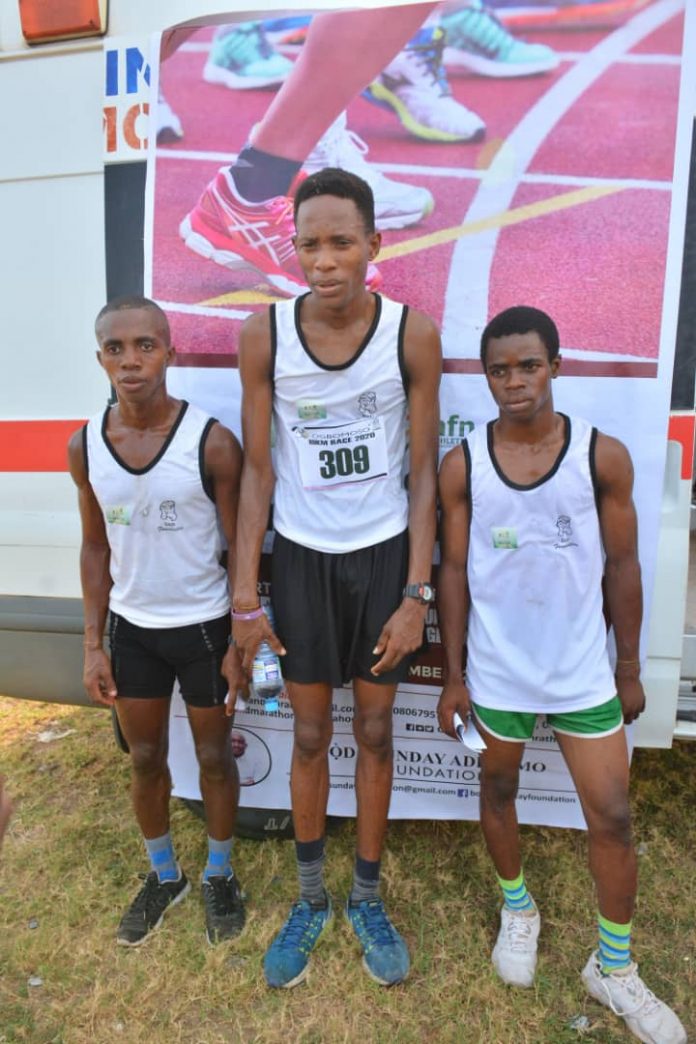 Ramon Kareem has emerged as the overall champion of the Ogbomoso Marathon Race after he won the keenly contested Marathon Race held in the city of Ogbomoso.

The Ogbomoso Marathon Race began 7:45am Saturday morning and many athletes participated but it was Ramon Kazeem that beat others to the exalted position.

The Sport Minister who was represented by His Media Aide Kola Daniel Spoke with journalists immediately after the event.

“Minister believes very much in grassroots sports and believes in the talents and potentials of our youth in different sports hence this marathon. Though local, the Minister is committed to making it happen every year as a local event. Ogbomoso marathon will signpost other local Marathon so that our grassroots long-distance races can be developed,” Kola Daniel who represented the Minister of Sports, Sunday Dare said.

“The honourable Minister is committed to bringing back long distance races and improving our athletics fortunes. In Pankshin as we speak Ministry of Youth and Sports Development has opened a camp.