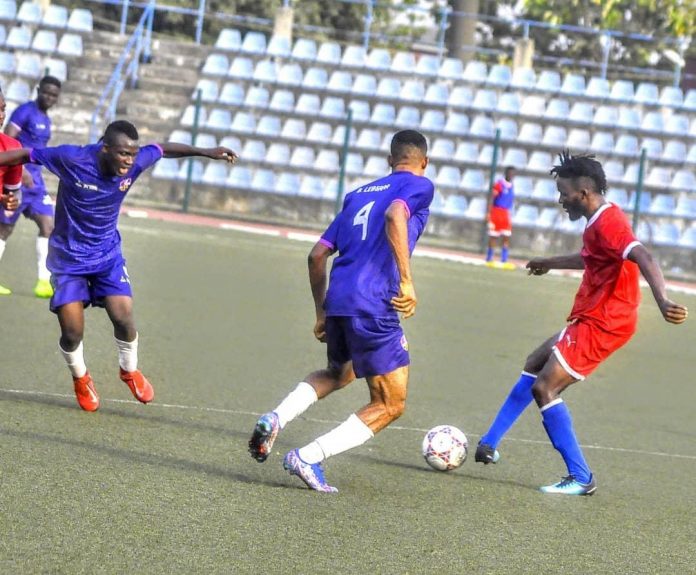 Heartland FC defender, Chidera Eze has dedicated his goal and the club’s 2-0 home win over Lobi Stars in Okigwe to his new born baby, Eze Zenith Chinemeremunmma who was a month old on Saturday.

Eze got the Naze Millionaires’ curtain raiser in the 38th minute from a well struck free kick from about 25 metres away that gave Lobi Stars goalkeeper, Aliko Mustapha no chance.

The defender affirmed that he has been working on improving his it in training sessions for quite some time now.

“I feel so excited and I am pleased that we are getting our groove back gradually. The goal was very excellent and I thank God for it,” Eze explained in an interview with www.dasportstainment247.com.

“I dedicate it to my newly born baby Eze Zenith Chinemeremunmma. I am grateful to God for the goal. She was born January 13th and I have been looking for something worthwhile to celebrate her with.”

Heartland FC by virtue of the win will get a million naira cash reward from HRH Promise Oformezie who is the traditional leader and Eze-elect of Umulolo Autonomous Community in Okigwe LGA after he pledged hosted Heartland players and team officials to dinner on Saturday night.

But when he was asked if the Heartland players won the game with the emphasis on picking up the one million naira largesse, Eze disputed the assertion and stated that they knew only a win would help the team leave the relegation zone and that as professionals players they had to do their job.

“No we didn’t play for the one million naira we were promised but we played the way we did to protect our career,” he continued.

“Everything was at stake before the game because our position on the log wasn’t to write home about. We put in all we had to ensure we were out of the relegation zone.”

By virtue of the win, Heartland moved to the 12th position with 13 points from 10 games and they face Sunshine Stars in Akure on Sunday at the back of three games unbeaten run.