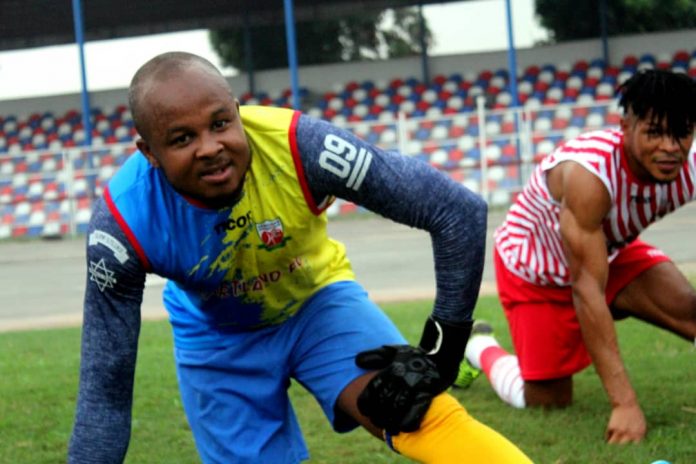 Heartland Coach Fidelis Ilechukwu has confirmed that Super Eagles Goalkeeper Ikechukwu Ezenwa might be in between the goalposts when the Naze Millionaires trade tackles with Abia Warriors on Sunday in a league tie at the Dan Anyiam Stadium, Owerri.

Ezenwa who last featured for the Scientific Boys in their 1-1 draw at home against FC Ifeanyi Ubah last month, has recovered from injury he sustained during training, and will hopefully return against high flying Abia Warriors.

IIechukwu who made this known to the Heartland Media however hinted that the former Enyimba and FC Ifeanyi Ubah shot-stopper would only be considered for the weekend cracker If only he is fully fit.

“Ezenwa is back, he’s likely going to be at the goalposts on Sunday against Abia Warriors, but we want to make sure that he is fit, which I think he’s going to be hundred percent fit before that game,” Ilechukwu told Heartland media.

“We are happy we have him back because we know his quality, we know what he could do.”

Ilechukwu also went on to express his happiness over the return of some key players whom have been injured as they begin the race towards fitness.

“We are also happy that a few of our players that have been out Injured will be fit for that game. It is a very important game for Heartland and we are taking it seriously.”

Cameroon 2021: Onyekuru donates drums, other musical instruments to ANFASSC ahead...