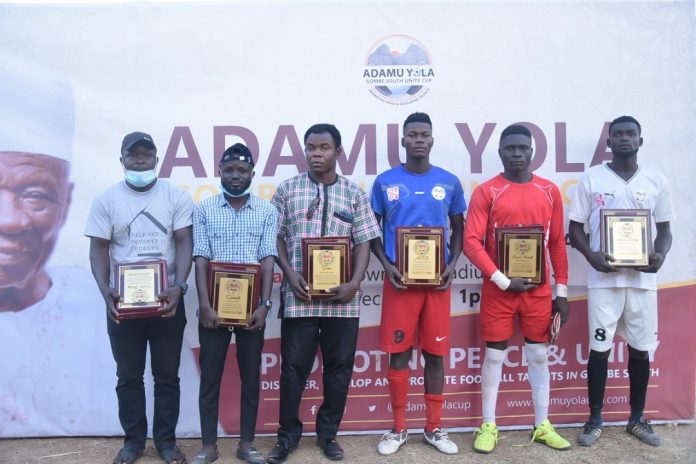 The duo of All Stars and Balanga United strikers, Michael Bute and Boslam Dawi bagged individual awards at the 5th edition of the Adamu Yola Cup held in Gombe South.

Bare City lost the final of the Adamu Yola Cup 2-0 to Balanga United at Billiri Township Stadium on Wednesday afternoon.

Bute and Dawi swept the players’ award in different categories after their impressive performances at the just concluded event.

The striker was voted the Most Valuable Player (MVP) of the tournament ahead of Bute and Bare City’s Jacob John.

Apologetic Heartland’s Ezenwa promises to bounce back from latest howler