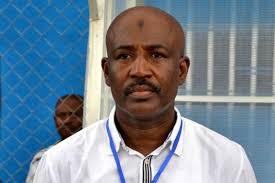 Wikki Tourists head coach, Usman Abd’Allah believes that the opening weeks of the Nigeria Professional Football League season will produce so many surprising results because according to him clubs were rushed to start the season when they still have a couple of weeks more to peak.

The Giant Elephants lost 2-1 to Nasarawa United at the Lafia Township Stadium on Sunday in a game they scored first through Promise Damala’s fifth minute goal before the Solid Miners replied with a brace courtesy defender, Reuben Nicodemus in the seventh and 52nd minutes.

The game was fraught with so many errors and missed chances and Abd’Allah while reacting too the loss noted that he was not surprised at the display of both teams but stressed that results of games will be close to more predictable by the time the opening six to nine games of the season have been played.

“…You will see a lot of results that will be very surprising at the beginning of this league due to the effect of Covid-19 and most of the clubs are not ready (for the start of the season),” Abd’Allah disclosed in an interview with journalists.

“We have been rushed to come and play this… and so there will be a lot of funny results. I think there won’t be any concerns from me except when the season continues maybe probably after Matchdays 6,7,8,9 everybody will get into shape and everything will go on well by then. I hope the flow of the league will continue without any more break.”

Wikki Tourists have a home tie with equally wounded Plateau United in Bauchi on Sunday with the Giant Elephants hoping to secure their first win of the season.