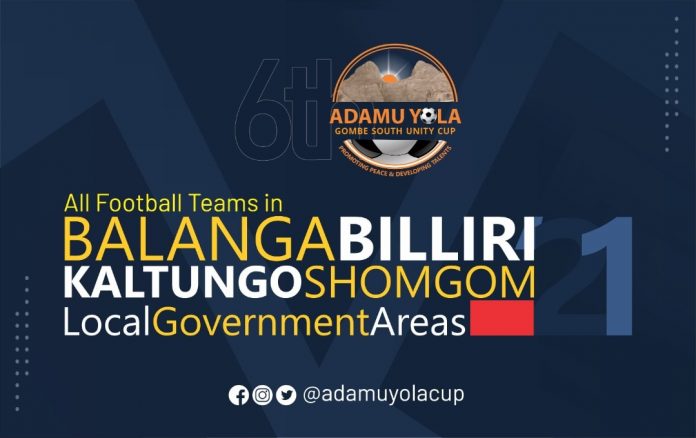 As teams continue to battle for qualification into the round of 16 of the 6th Adamu Yola Gombe South Unity Cup, 17 goals were scored in 5 matches across 3 LGAs centres on Wednesday with Okada FC against Oska FC producing 7 goals while Talasse Lions tie with Mushap Warriors was abandoned due to crowd violence.

The early kickoff was between Talasse Lions and Mushap Warriors at the Talasse Township Stadium. Mushap drew the first blood after Usman Adamu sent in a wonderful strike to put the Warriors ahead.

After making substitutions in the second period, Abdulsamad Shuaibu equalised for Talasse Lions in the 70th minute before the game was halted by fans in the 82nd minute and the centre referee decided to call the match off.

At the Billiri centre, it took Shambe United 80 minutes before breaking the resilient Arsenal Fc’s defense line to score the only goal that ensures that they wins the match.

In the other match of the centre, Konta Manna and Tangji United shared the spoils as they drew 2-2 in a tensed game that Komta’s manager and one of their players were sent to the stands.

Konta Manna came from 2-0 to draw 2-2 after falling behind via two quick-fire goals before halftime. The two goals were scored in the 43rd and 44th minutes respectively but Konta Manna were able to reduce the deficit before the break as they pulled one back from the spot after their striker was brought down inside the penalty box.

They leveled things up in the 72nd minute and continue to push for a winner which Tangji United held on to ensure that points are shared.