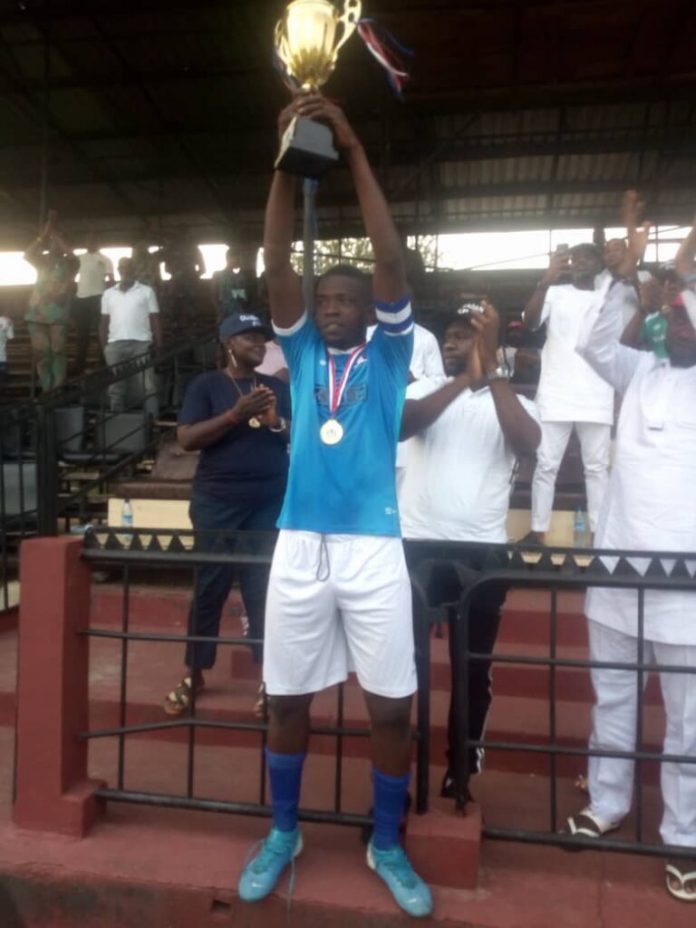 Shooting Stars Sports Club (3SC) of Ibadan on Sunday, added the 2020 Olubadan Cup to the pre-season tournaments they have won after they thrashed Ogbomoso United 2-0 in the final played at the Olubadan Stadium.

3SC pipped Lobi Stars just a few weeks ago to cart away the second edition of the Dapo Abiodun Pre-season tournament in Ijebu-Ode, and their determined zeal to stage a return to the topflight got a further boost with their victory in the final of the Olubadan Cup.

One goal in each half by central defenders, Abbey Benson and Elum Henry were enough to hand the title to the Oluyole Warriors for the third time in the competition’s history. They emerged victorious previously in 2004 and 2006.

Benson, who scored two goals in the Dapo Abiodun Pre-season Tourney, converted a well taken free kick midway into the first half, while Elum nodded home a pull out to double the Stars’ lead three minutes into the second half.

3SC will be among the teams to beat when the NNL season kicks off early next year.