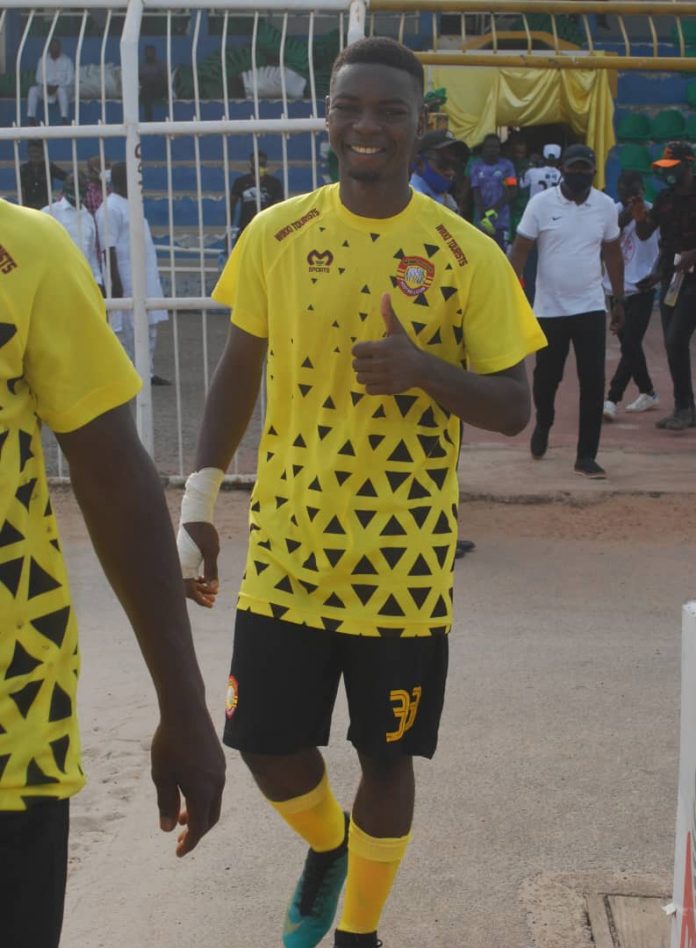 Wikki Tourists Striker, Promise Damala has predicted a tough encounter between the Giant Elephants and their North Central neighbours, Plateau United when both teams clash on Sunday in a NPFL Matchday Two tie in Bauchi.

Both teams endured a torrid start to the season after they were beaten by Nasarawa United and Kwara United respectively last weekend and will be eager to kickstart the campaign with a win at the Abubakar Tafawa Balewa Stadium on Sunday.

Damala who scored the first goal of the NPFL season expressed his mixed feeling regarding the result in Lafia and he opined that they will be set for Plateau United because they are aware of the importance about the game.

“That’s a Derby match, and I know it’s not going to be easy, seeing that they lost their first match at home,” Damala told www.dasportstainment247.com exclusively.

“It is also our first match at home, so my Team and I are very ready for the match knowing the importance of the match. Plateau United beat us home and away last season, so we are ready to give our all to make sure we also come out victorious in the two legs this season, especially for our fans because we know how much they crave for a win over Plateau.

“I am sure my teammates and I will give our very best and God helping us, we will come out victorious to kick start our Season,” he concluded.