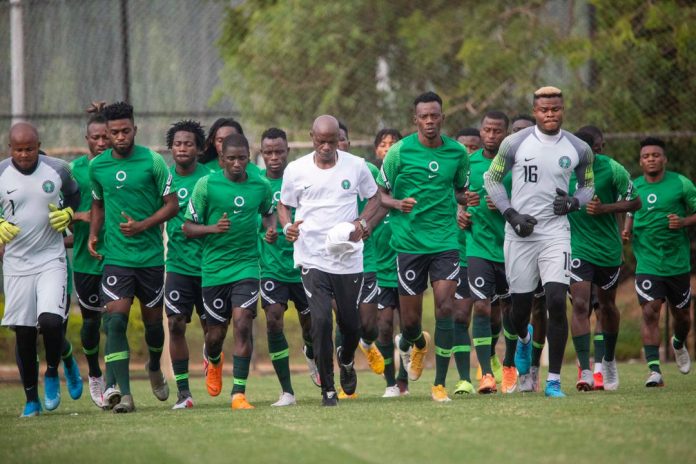 The Super Eagles trained for the first time at the River Plate Training pitch, Wuse, a natural turf on Friday evening.

Twenty-two players were involved in the session. Enyimba goalkeeper John Noble was exempted from the session after a knock he received during Thursday’s league game between Abia Warriors and Enyimba.

An 11-Aside training match was played between Team Ezenwa and Team Nwabali. Team Nwabali won 2-0. Rangers winger Ibrahim Olawoyin scored the first by heading home a rebound after Charles Atshimene’s effort came off the cross bar.

Olawoyin then set up Seth Mayi just inside the box. The midfelder’s curling effort went in off the inside of the post to round off a flowing passing move which involved three other players.

Discussions ongoing as to if players whose teams are playing proximate to Abuja can be allowed to feature in Sunday’s games for their clubs.