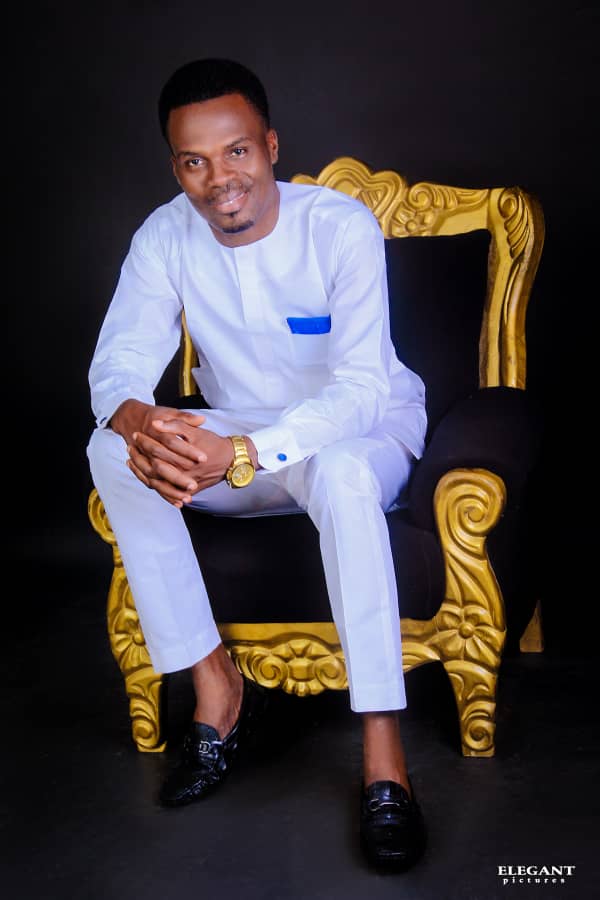 He graduated as a Computer Engineer but his unwavering love for music has made him to rediscover his first love and Festus Ajibade marked his sojourn into music with an album release/launch on his 40th birthday on Saturday December 5th, 2020 at TLCC Wonderland, Pipeline Road, Tanke, Ilorin.

Ajibade told www.dasportstainment247.com that his love and undying passion for music began as a young boy and he alluded to his early exposure to music through his parents whose love for Sunny Ade, Kollington Ayinla and Ebenezer Obey served as an inspiration for him to gradually develop interest in music.

“Music is something I love doing since I was small. My dad loves Sunny Ade and Ebenezer Obey a lot, but my step mum loves listening to Kollington Ayinla, these three contributed to my early life as a little boy to really do music,” Ajibade told www.dasportstainment247.com.

“But when I gave my Iife to Christ while at age 15 in my secondary school days then in Keke High School Ifako Ijaiye, Lagos, I joined a choir then in my local church in New life Assembly, Agege. I once had a choir master then who gave me an open arm to embrace music, he helped me with platforms as young boy to do solos, took praise worship. This lifted my spirit a lot to want to do more.

“When I got to the University, I met superstars and gifted singers in my fellowship that was Redeemed Christian Fellowship (RCF), LAUTECH, I was first intimidated but later summon courage and I was taken in as a soloist and a praise worship leader, I traveled with RCF choir to various institutions in the SouthWest to minister and the more I do all this I got inspired to do more such that before I left the university I wrote 100 songs out of eagerness to do music.”

Ajibade got his music call oiled at the University but he further explained the true turning point in his musical career when he got to Kwara State for the mandatory one year National Youth Service Corps in 2007.

He told www.dasportstainment247.com: “Though I graduated as a Computer Engineer from LAUTECH in 2006.
While serving in 2007 I joined the KINGSVINE ASSEMBLY ILORIN, under the leadership of my father in the Lord, Rev. Segun Sam Abejide, he is a lover of very good music.

” The style I came with from school was different from what they do In Kingsvine, I came in with highlife, reggae and Makosa rhythm of music let’s say African style but when I joined my new church in Ilorin when I was serving, I was introduced to a new style of music which is contemporary aspect of music, for me to fit into the music team I must step up my game.

“Though it wasn’t easy at first but I was able to blend after a while. Today I am a full fledged music minister who got trained under different supervision and professionalism. My exploit in music is mostly recognised by many because I love to worship a lot, I have being told Festus why don’t you enter studio and come up with something but I just believe if you enter a studio and God doesn’t enter with you then you are left all alone.

“I remained committed to music, giving my best to my choir the Royal Choir of the KINGSVINE ASSEMBLY.
Until August when I was praying and God said to me Festus I want you to give me a song, you will be 40yrs by Dec 2020, and he gave me a title called FORTIFIED. I take music as a ministry and not a career.”

Ajibade narrated his love for music and what it has made him to achieve.

“I have been singing for 25 years basically in the church since I was 15years.
Seriously music is beautiful and every music has its own way of attaching you to it. Music make me so fulfilled and satisfied,” he said.

“So many I have met testify to what God did while I was ministering and personally it has given me a certain level of recognition before God and even in the society and I give all glory to God,” he concluded.

Ajibade is happily married with children. He is the Managing Director, Afta Technologies Limited situated in Ilorin.

You can a feel of some of the tracks of Festus Ajibade’s new song called Fortified on. Facebook through this link: https://www.facebook.com/ministerfestusfortified/

Zanders FM to tackle Reach FM in the opening match of...