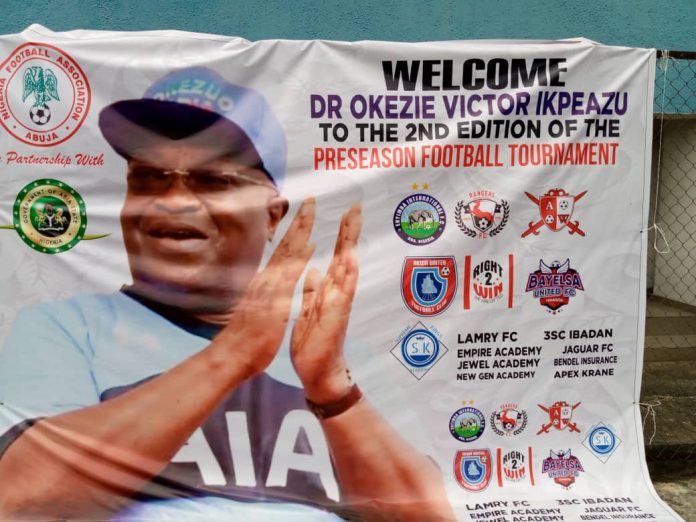 Jaguar FC started the upset galore when they managed to hold City FC to a 1-1 draw before winning in thee ensuing penalty shootout 4-3 to zoom to the semi final.

Apex Krane pipped Sunshine Stars 1-0 in another major talking point. Apex Krane made it three wins out of four games while the Owena Whales only managed a win from the four games played.

Abia Warriors were finalists in the debut edition of the tournament but they won’t go that further this time after a surprise 5-4 penalties defeat to non league Ahudiya FC in the last eight.

The Umuahia side gave the red flag when they waited until the last group game before qualifying from the group stage. They however were unable to repel the onslaught of Ahudiya FC who forced them to a goalless draw at the end of the regulation time before edging Erasmus Onuh’s team 5-4 on penalties.

Meanwhile, the coast seems clear for Enyimba to defend the title they won in the first edition after they halted the losing streaks of top teams in the tournament beating Supreme Kings to seal a place in the semi final.

In the semi-final slated for today, Enyimba will face Sunshine Stars’ slayers, Apex Krane by 1.30pm while Ahudiya and Jaguar FC lock horns in the other last four tie by 3.30pm. Both games take place at the Enyimba International Stadium, Aba.

IWF appoints Colombia as the host of 2022 World Championships; NWF...