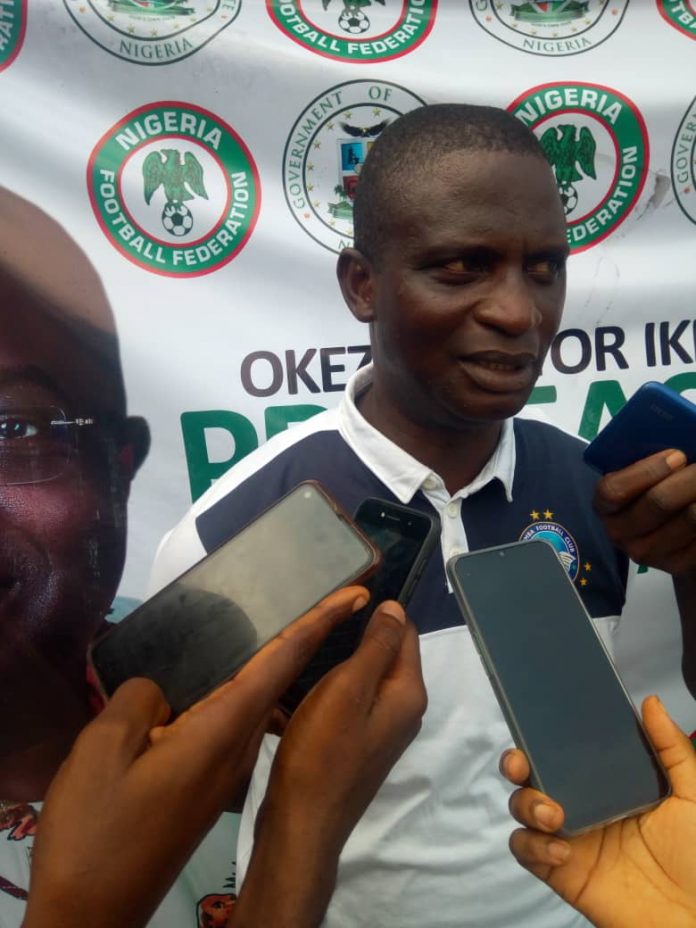 Enyimba head coach, Fatai Osho has heaped plaudits on Plateau United for being worthy opponents in the semi-final tie of the Governor Ikpeazu Pre-season Tournament played in Aba on Friday.

The People’s Elephant ran away 1-0 winners through the goal of Cyril Olisema in the 69th minute of the game and Osho noted that they knew they must go the extramile if they are to beat Plateau United.

“We expected tougher challenge from Plateau United. I said it yesterday that Plateau United coach, Abdu Maikaba is one of the best in the country,” Osho told www.dasportstainment247.com.

“There was no way you come up against his team and you won’t do extra work. We were in total control of the game in the first half but in the second half they came out forcefully to get an equaliser and we had to drop to the back to contain them and conceded the possession to them.”

Osho also stated that Enyimba will be leaving for Asaba where they hope to make use of the facilities at the Stephen Keshi Stadium to enable them play on a natural grass which is similar turf their opponents in the CAF Champions League preliminary round, Rahimo FC play their home games.

He also added that they are likely to play Akwa United in Asaba next week after a few days training to enable them assess the level of their improvement and adjustments to the natural pitch before they depart for Burkina Faso.

“It is going to be six games tomorrow and on Sunday I think we can have total rest and from there we most likely be going to Asaba because in Burkina Faso we are going to play on a natural turf,” Osho added.

“We are going to Asaba and we are inviting Akwa United to play against us there and from there travel to Lagos. We have been training on our artificial pitch since the commencement of the preparation and if we can play on a natural grass it becomes another experience entirely.”