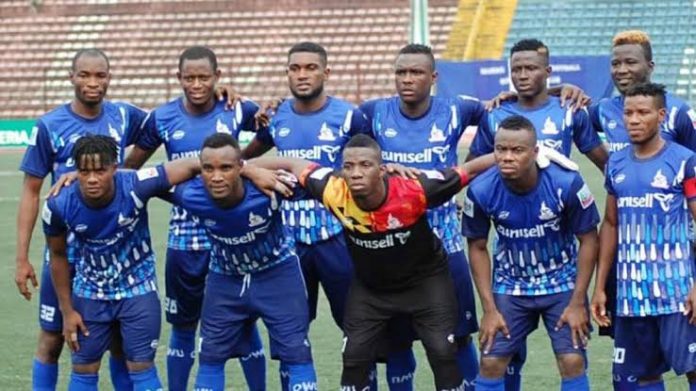 3SC booked their passage in Sunday’s quarter-final tie at the expense of Bendel Insurance whom they beat 2-1.

The Oluyole Warriors took a commanding lead through the goals of Lanre Ferinyaro and Sadiq Awujoola in the 20th and 67th minutes but Bendel Insurance reduced the deficit in the 72nd minute through Sarki Ismail to make it a nailbiting finish.

In the other quarter-final that was played concurrently as the 3SC vs Bendel Insurance was being played, Rivers United came back from a goal down to beat MFM 2-1.

The Olukoya Boys surprised the sparse crowd at Ijebu Ode with the opening goal in the 42nd minute through Kamon Akanni but the Pride of Rivers came back forcefully in the second half to change the tide of the result.

Michael Ohawume started the revival with the equaliser three minutes after the restart of the second half before Fortune Omoniwari scored the winning goal six minutes from time.

The semi-final games hold on Monday in Ijebu Ode while the tournament ends on Tuesday.