As part of his passion for sports development especially football, Prince Chidi Chinedu, an Owerri based businesss entrepreneur has thrown his resources towards hunting for potential talents among female footballers in Imo State Secondary Schools.

Chinedu who’s the Chairman of Imo Strikers Queen FC, Owerri disclosed this on Thursday to sports Journalists at Old Township Stadium, Owerri where he and his technical crew and management team were conducting an intensive screening among the seven secondary schools so far invited for the incentive laden talent hunt.

“When these talents are harnessed and adequately trained, I will export them for greater glory and exploits, having played in China ” he assured.

The youthful business icon expressed satisfaction with the level of budding stars being discovered in the screening such as Mercy Echifula, Chibundu Blessing and Somitochukwu Osigwe for their skilful displays and passion in mastery of the game.

Chinedu who also informed that football runs in his family as the father Mr. Chidi Egbu, coached Police Machine FC, Owerri and the sister Nelly Orisakwe is a star player with Imo Angels FC,Owerri and the uncle, Mr. Joseph Egbu(Zico) is the current Chief Coach of Rivers United.

He reiterated his mission of building the budding stars into stardom and exposing them to a greater economic benefits while canvassing the need for discipline, dedication and respect among the players, management and technical crew.

The ex-winger further made a Clarion call on the need for government, private individuals and corporate organizations to invest in sports as one strategic means of addressing the nation’s unemployment problem. 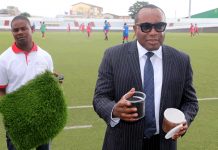 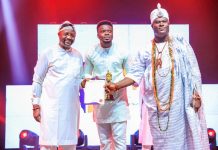 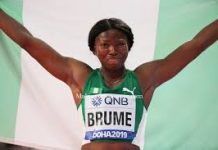 Okumagba plans to mobilise 20,000 fans for Eagles, other national teams