The Adamu Yola Tangale Unity Cup Round of 16 games were greeted with a mammoth crowd at the Chief Olusegun Obasanjo Stadium Kaltungo, Gombe State on Wednesday as All-Stars and Bare City qualified for the quarter-final stage after beating their opponents.

The first match between Highlanders Tula and All-Stars which kicked off by 2 pm witnessed an influx of fans at the makeshift stands-the pavilion.

The second match of the day between Shembe United and Bare City FC even had more spectators than the first when it started almost immediately after the first second-round game.

The Chairman of the Local Organising Committee, Alhaji Faruk Aliyu Umar appreciates the people for coming out in their numbers to support the teams of their choice and he implored them to continue to troop out throughout the rest of the tournament too.

“Football is one of the things that brings the people together and make them happy, I am very happy that people turned out in their numbers today, we hope to do more to encourage them to come out and cheer their teams to victory,” Umar said.

“First, I must appreciate everyone who was involved in one way or the other in the success we recorded today especially the people of Tangale land who trooped out in their numbers to witness the matches of today,” Uwaeme noted.

“I’m concerned with the things that will affect the aims and objectives of the tournament which is promoting peace and unity in Tangale land, so we (myself and the entire LOC) have taken the decision to ensure that things like security crowd control and officiating are top priority to ensure we achieve success and by the grace of God, today was a success for us despite some hitches here and there.”

It would be recalled that All-Stars came back from a goal down to beat Highlander Tula 2-1 in the first second-round tie while Bare City outscored Shembe United 3-1 in spite of trailing 1-0 at some stages in the game.

Actions returns on Thursday, December 19th 2019 at the Chief Olusegun Obasanjo Stadium Kaltungo by 2 pm with Kampandi United facing Panwa United while Sikirit United have a date with Komta United by 4 pm also on Thursday 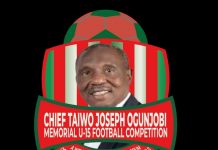 Sports Minister, Soname, Adebutu, Others To Get WNFF/Ogunjobi Memorial U-15 Award 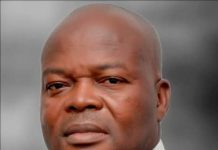 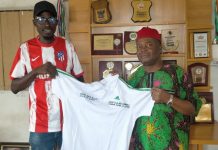