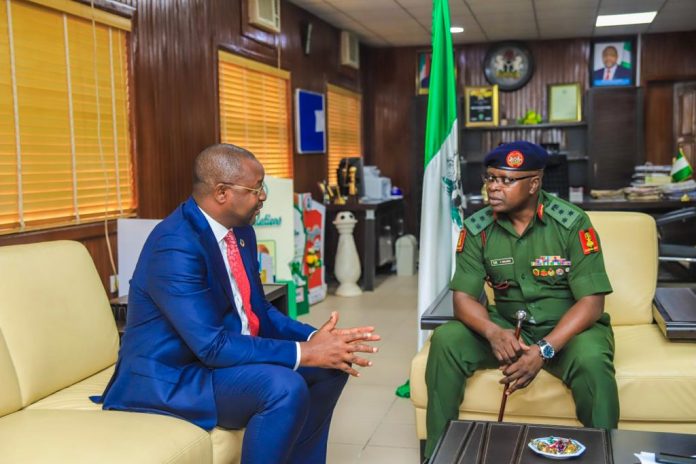 The Minister of Youth and Sports Development Mr. Sunday Dare has commended the rapid development that has taken place under the leadership of the Director General of the NYSC Brigadier General Shuaibu Ibrahim.

Speaking in Abuja, Mr. Dare Pin-pointed the visibility and resonance the scheme had attained such as increased discipline of youth corp members and dedication to service in their places of primary assignments.

He also commended the commitment of the Federal Government in taking necessary measures leading to increament in the monthly allowances.

The Minister affirmed that President Muhamadu Buhari has the best interest of Nigerian youth at heart. He stated that about 45 youth targeted initiatives have been established and running in the last five and half years.

“The Federal Government through the Ministry of Youth and Sports Development has seen the need to ratchet up the numbers of youth who are going to be benefiting from various schemes and policies.

They should run for offices in various capacities because they are the Leaders of today to be tutored into becoming better leaders tomorrow,” the Minister concluded