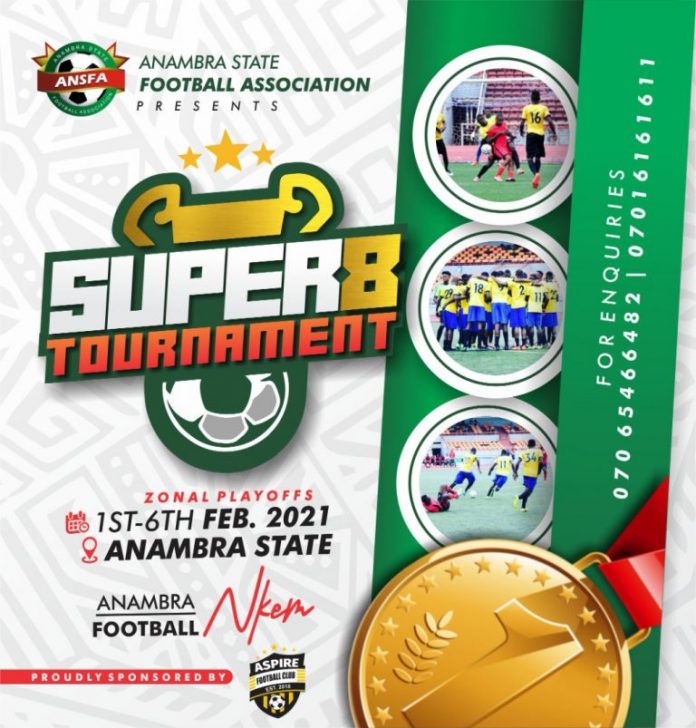 ‘My Anambra Football’ an initiative which seeks to raise the social consciousness among Anambra football enthusiasts and stakeholders has released a theme song for it’s tournaments.
The song titled, Re-awakening, (‘my Anambra football’ theme song) was written and performed by renowned gyration and theme songs specialist, Austino Milado who made waves with his ‘Super Eagles, wetin dey happen’ hit song.
The theme song is part of the efforts ‘My Anambra Football’ is trying to use to reposition the beautiful game which has been downtrodden for many years in the State.
“We are reawakened to a new consciousness,
we are ready to make a way,
we got all we need to win..”
The excerpt from the lyrics captured the whole essence of the ‘my Anambra Football’ initiative.
According to Dr Emeka Okeke, the initiator “My Anambra Football’ is a movement and a call to Anambrarians to join hands in reawakening, re-inventing and supporting the new urge for the beautiful game in the ‘Light of the Nation’ state.”

Since the coming of the movement in concert with the new board of the State FA there has been a resurgence of activities in all aspects of the game in the State.
There has been trainings for Coaches, medical insurance for ex players, adoption of schools football teams ongoing, refurbishment of stadiums and many more in the pipeline.

The ongoing “My Anambra Football’ Super 8 Tournament sponsored by Aspire football Club has coincided with the release of the theme song which will be performed on the final day of the competition, April 3.

The song will also be used in propelling the 10-year developmental plans for football in the State championed by ‘My Anambra Football’ initiative termed ‘Next 10’ which will be unveiled on April 3 during the final by Tijani Babangida, Taribo West and 1997 African footballer of the year, Victor Ikpeba who will be final guests.