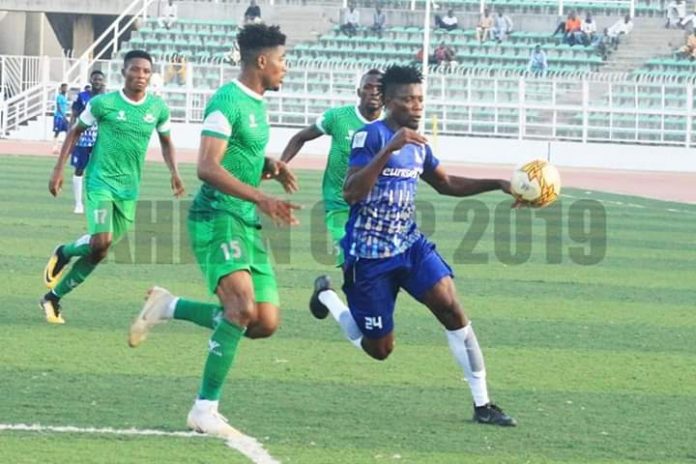 Rivers United’s Fortune Omoniwari has disclosed that his current impressive form with the Pride of Rivers could be attributed to his renewed confidence and his desire not to let his people down.

Omoniwari was born and raised in Port Harcourt 28 years ago and the Striker played for defunct Sharks FC before he left for Heartland FC, Akwa United, Enugu Rangers, Plateau United, and Kwara United but the attacker noted that he regained his composure and balance back because he returned home to reshape his career.

The attacker has scored three out of Rivers United’s last four goals including the two goals that have earned the team six points in the two league games they have played against Enugu Rangers and Abia Warriors.

“I will just say that nothing has changed with me. I am the same player. I am performing well now because of the confidence reposed in me and I do not want to disappoint anyone,” Omoniwari said.

“It has been some difficult moments for me until last season but I keep on working hard and God has vindicated me. I won’t say that anything changed. I am doing well now because I am in an environment where people love me and appreciate what I do.

” I know this is just the starting for me. I will continue to work harder to ensure I become a more potent striker.”