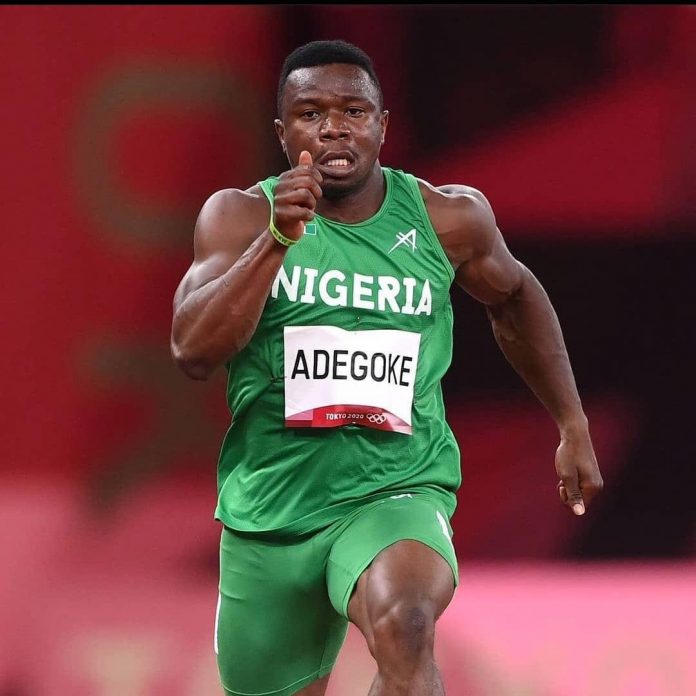 Enoch Adegoke raced into Nigerian history books as the third man to make the final of the 100m event at the Olympics after the duo of Davidson Ezinwa and Olapade Adeniken.

It is also the first time since 1996 that Nigeria will be making an appearance in the blue ribband final.

The reigning Nigeria speed king had given himself a chance of making history when in his first race at the biggest sporting stage on Saturday he ducked inside 10 seconds to become the 11th Nigerian man to do so and the 10th joint fastest in the Nigerian all-time list.

In the second semifinal of the event on
Sunday, Adegoke came second behind Britain’s Zhana Hughes to secure the second automatic slot and qualify for the final.

The other Nigerian in the event, Ushoritse Itshekiri pulled up at the finish to exit the competition with a 10.29 seconds performance. He ran 10.15 seconds in his first round heat.

Meanwhile, Adegoke has been drawn in lane eight in the final with reigning African record holder in the event, Akani Simbine of South Africa, the second African in the line up drawn in lane one.

Media office of the Honourable Minister of Youth and Sports Development