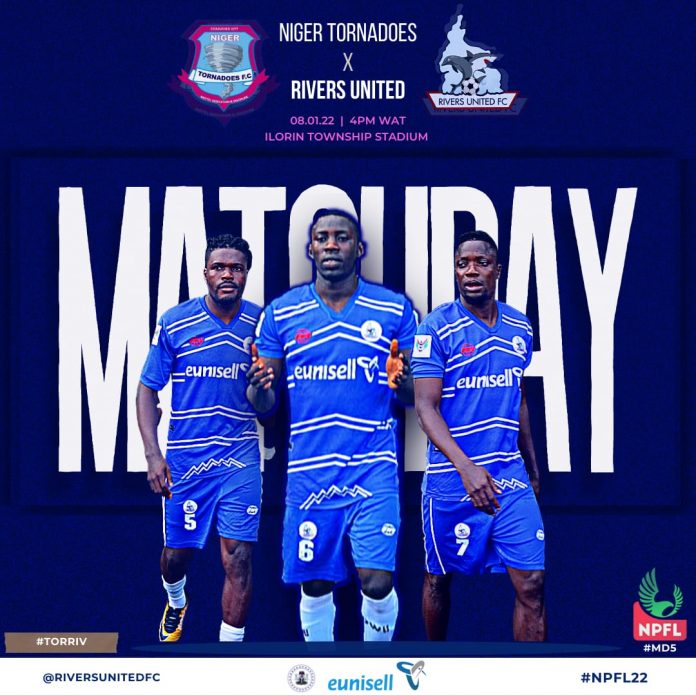 Rivers United have displaced Remo Stars at the top of the Nigeria Professional Football League table after a hard-fought goalless draw yesterday against Niger Tornadoes at the Kwara Sports Complex, Ilorin.

The Pride of Rivers who are unbeaten with two wins and three draws have moved to nine points from five games ahead of Remo Stars who are likely to take up the mantle of leadership again with a home win against Plateau United at Ikenne, Ogun state today.

Rivers United are without a win in their last two games against Sunshine Stars and Tornadoes with their last victory coming against Enyimba on Matchday three on December 29th, 2021.

Tornadoes are also winless since their opening day 1-0 win over Plateau United in Ilorin on December 19th, 2021.

They are 14th on the log with five points from five games. The Ikon Allah Boys have won one, drawn two and lost two including their 4-0 crumbling in the hands of Enugu Rangers in Nnewi on January 2nd, 2022.