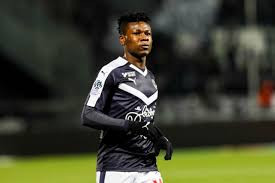 Kalu playing in his 12th game of the season due to injuries shone like million stars in a game he started.

He watched helplessly as Karl Toko Ekambi got the curtain-raiser for their host in the 32nd minute and when the chance presented itself in the 55th-minute the Super Eagles’ winger grabbed it with both hands with the equalising goal for Bordeaux for his third goal of the campaign.

Kalu was replaced in the 76th minute in a game his compatriot, Josh Maja was on the bench throughout but when Bordeaux thought they had done enough to earn an away draw, Dubois, turned to killjoy as he slammed home the match-winner in the second minute of added time.

Bordeaux are in the seventh position with 32 points from 22 games.